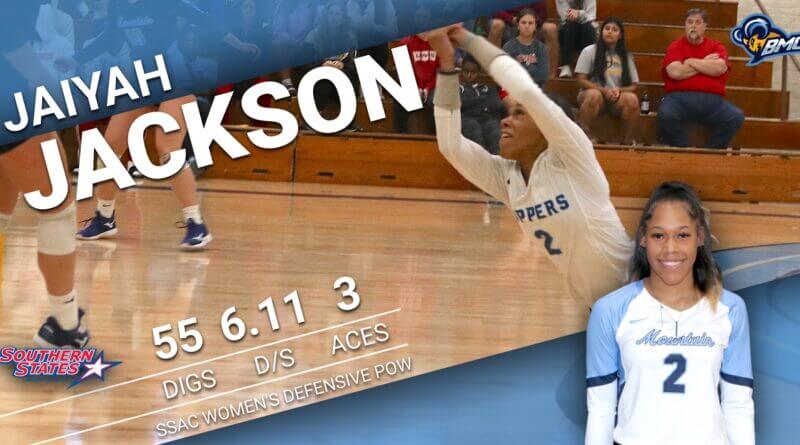 MONTGOMERY, Ala. – The SSAC announced today that Blue Mountain College’s Jaiyah Jackson (SO/Alexander, Ark.) has been named the Volleyball Defender of the Week.

Jackson helped the Volley Toppers to massive SSAC victories over Loyola and William Carey, where she had 55 digs at 6.1 digs per set.  The speedy libero also rattled off three service aces in the two wins.

“Jaiyah showed again this past weekend why she is one of the best defenders in the conference,” BMC head coach Reid Gann commented.  “Her consistent play at the libero position is vital to our success.”

Jackson and BMC host Faulkner Friday and Mobile Saturday in Blue Mountain.  The Volley Toppers will be looking for revenge against Mobile, as the Rams handed Blue Mountain its second loss of the season earlier on September 10.