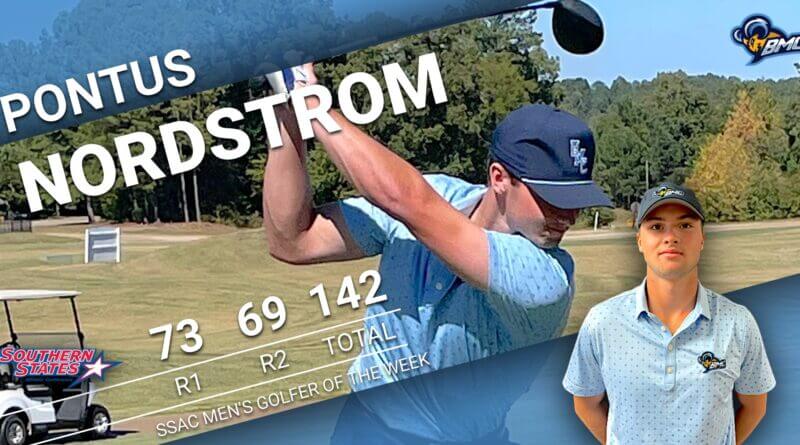 MONTGOMERY, Ala. – The SSAC announced that Blue Mountain College’s Pontus Nordstrom (FR/Bromma, Sweden) has been named its SSAC Men’s Golfer of the Week.

Nordstrom led BMC to a team runner-up at the Freed-Hardeman Invitational in Henderson, Tenn. while taking the individual runner-up with scores of 73-69-142 at the two-day event.

“I’m very proud of Pontus and his accomplishment,” BMC head coach Kevin Barefield said.  “He was a big part of our comeback on the second day at Freed-Hardeman.  He has been playing very well and I anticipate he is only going to get better as the season progresses.”

Nordstrom and his teammates return to the links October 24-25 at the William Carey Invitational slated for Gulf Shores, Ala.