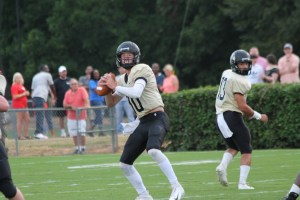 When choosing our 2018-2019 male student athlete of the year, we look for a few things: leadership, success both individually and as part of a team and a player that contributes to multiple aspects of their school’s athletic program.

This year there were several student athletes deserving of this honor. But none more so than Falkner’s Lane Elliott.

Elliott was a three year all division performer in baseball, winning Pitcher of the Year last season and offensive player of the year as a senior. He was on the All State team in 2018. He is set to play in both the Crossroads and NEMCABB All Star games later this summer.

His accolades on the field are dwarfed by the rave reviews his teachers, coaches and all who have had contact with him have lauded upon him.

“Lane is the kid you want to coach. He wants to be coached. He wants to know what he did wrong. He does all the things no one else wants to do,” Elliott’s baseball coach Dustin McMillin said about the senior. “I think what sets him apart the most is that he’s always looking to grow. He wants to learn as much as he can. Apart from his athletic accolades is that he is a good person. He makes a point to go see the younger kids who look up to him play ball or be involved in their life. He lives life the right way.”

Elliott has made his mark on the fields as a representative of Falkner and Tippah County athletics in general. For those reasons, plus the mark he has left on numerous lives as an upstanding member of our community, he is the 2019 Male Tippah County Sports Student Athlete of the Year.