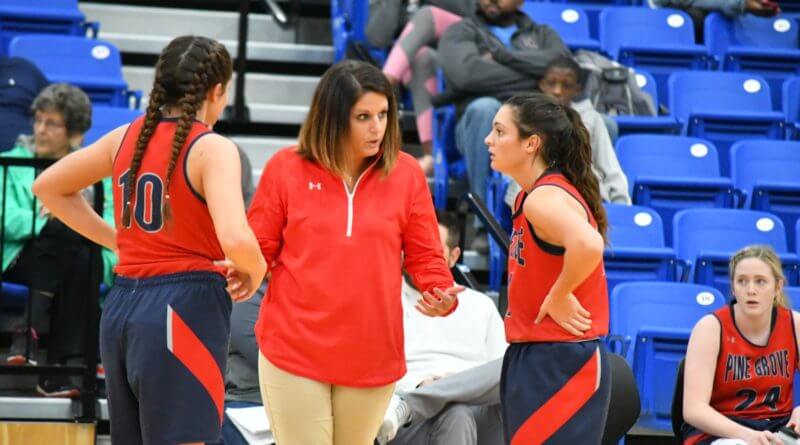 The Pine Grove Lady Panthers have enjoyed an unprecendented amount of success as a 1A girls basketball program the last three years.

Last season, they became the first to achieve three consecutive state titles. If they are to bring home a gold ball for the fourth straight time, it will require a mix of new contributors in key spots as well as seasoned veterans stepping up their games.

It all starts at the top

The Lady Panthers have some unique things going for them. Chief among the things that stand out is their head basketball coach, Katie Walker Bates.

Coach Bates is among the winningest girls basketball coaches in terms of state titles in Mississippi history. When you look to the dangerous game of predicting future success, a good rule of thumb is betting on consistent winners. There is a reason Nick Saban continues to win titles. There is a reason Coach Bates continues to win titles. Winners win.

The Lady Panthers are unique in another important way. They are the only school in Mississippi that returns a pair of state title game MVP’s.

Karlie Rogers and Loren Elliott have won the last two MVP’s in the final game of the season. The pair of 4 year starters will be looked on to help carry the load if the Lady Panthers are to 4-peat.

Elliott has a chance to become the first girls player in Mississippi history with 2500 points and four state titles.

Here we are at the start of another season. Same goal. Same overall gameplan.

The Lady Panthers are known as a team that plays as a cohesive unit. Team above me. Their brand of Lady Panther basketball has become synonymous with teneacious team defense, ball movement and, ultimately, winning.

Look for more of that this season.

Pine Grove has a championship coach and a pair of all-everything previous MVP’s. But what will determine if they get that fourth straight championship is the additional cast of players.

Senior Bella Jumper has been a contributor for Pine Grove since she was a freshman. She has increased her scoring average from 3 ppg as a freshman to 6 last season. With the departure of Taylor Fletcher, a primary scorer for the Lady Panthers, look for Bella to be looked to for more scoring this season.

Others that will be looked to for scoring and ball handling duties are Brianna Baggett and Kenzie Miller. Miller is the fourth leading scorer returning from last season and we look for her to be looked to as a shot creator for the Lady Panthers this season.

The Lady Panthers are in familiar territory, with a giant bullseye on them. Every team wants to beat them. In the words of Ric Flair “To be the (wo)man, you’ve got to beat the (wo)man.”

Pine Grove has a pair of early season dates with significance. They take on long time rival Ingomar in the 2nd game of the season with an opprtunity to snap the Lady Falcons 44 game home winning streak. A week later, they take on defending 3A champion Kossuth on the road.

On November 26th, perhaps their toughest test of the season will come at the Oxford shootout as they take on 4A power Pontotoc.