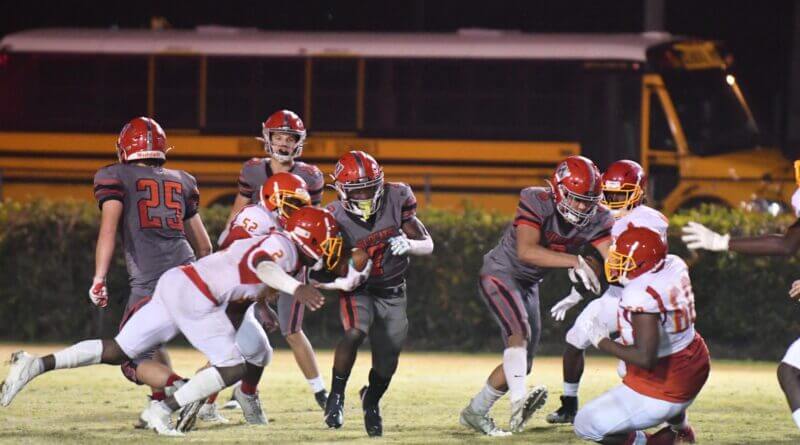 Walnut used a balanced offensive attack and got a handful of big plays to advance in the 2A playoffs with a 48-32 victory over Marks Palmer on Friday night.

It is the first playoff victory since 2016 for Coach John Meeks and the Wildcats. It also marks the most scored ever scored by a Wildcat team in the playoffs.

Walnut got a pair of TJ Luellen rushing touhdowns in the first half and a Cade Hunt to Eli Dollar passing score to take a 20-6 lead into the break. Luellen would finish the night with 111 rushing yards on 21 carries.

The second half saw Palmer cut into the lead on their opening drive with a Dewayne Hall score on a lateral play from 26 yards out.

From that point forward, TJ Colom was able to enter the contest after missing the first half due to a suspension. He would make the most of it.

Colom would rush for 235 yards and three scores in the second half, including taking his first carry 43 yards to the house for a 28-12 advantage after the two point conversion.

Hunt would connect with Dollar for another score and Colom would find the endzone again on a 70 yard burst, but the Dragons from Palmer would continue to hang around, scoring on a pair of big pass plays.

Colom would add his third touchdown and ice the game with an interception to push Walnut through to the second round.

The Wildcats travel to East Webster in Maben next Friday.