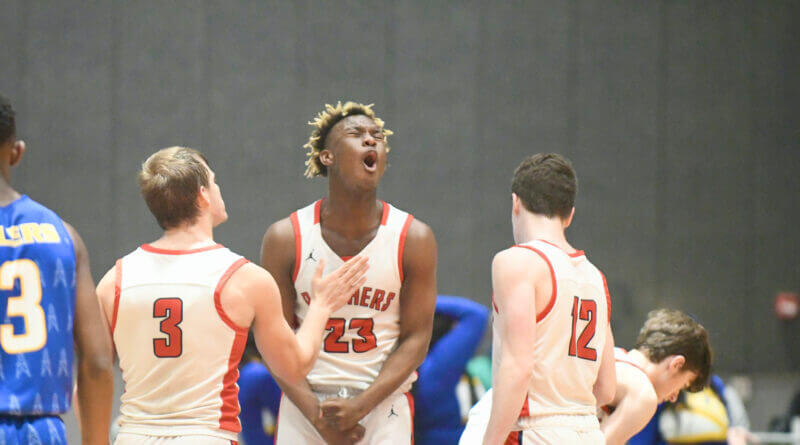 The Panthers are back in the state title game for the first time since 77 after they picked up a wire to wire 54-44 win over Heidelberg in the Final Four on Tuesday.

The Panthers started out hot from downtown, with Jack Hudson connecting on pair of three pointers as Pine Grove built a 10-4 lead.

Pine Grove overcame one of their worst shooting nights of the season as they picked up the win. The Panthers shot 48% on free throws, 28% from three and just 36% from the field.

They came to play defense, though.

The Panthers held Heidelberg to a worse shooting percentage from the field and locked down in the second half after their lead was cut to just 3 points early in the third period.

Jamas Cox was big on the night, notching 6 points, 7 rebounds and taking a pair of momentum shifting charges.

The Panthers got big buckets when they needed them to help clench the victory.

Keaton Wilkerson knocked down a pair of threes in the first half and Jack Hudson had five three pointers, including a dagger in the fourth quarter to stretch the Panther lead to 10.

Carson Rowland would lead the Panthers with 18 points, 3 assists and 8 rebounds.

Pine Grove is on to the state title game to take on the winner of Choctaw County and Velma Jackson.

That game is set to be played Friday at the Coliseum in Jackson.