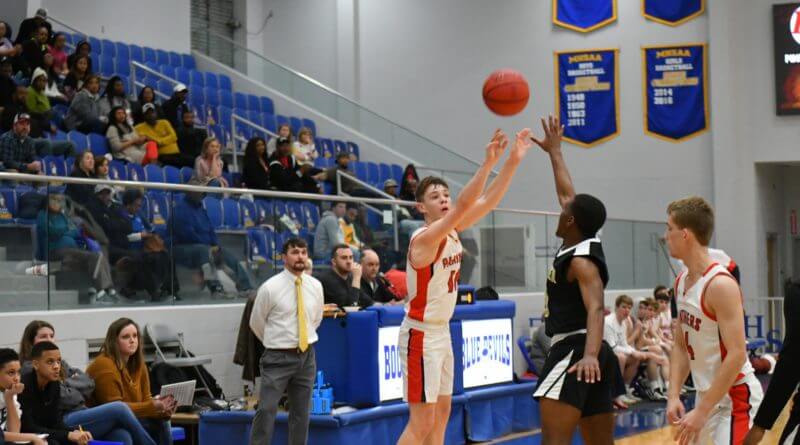 Falkner and Pine Grove had played a trio of instant classics heading into their Thursday night matchup with a home playoff game and a shot a district title on the line.

To no ones surprise, they turned in another all timer in round four.

Pine Grove picked up a 64-63 victory in a game that featured clutch shots, intense defense and gritty plays on both sides.

Carson Rowland hit a pair of free throws with ten seconds remaining to give Pine Grove a 64-61 advantage and a Cody Johnson last second three point attempt was off the mark but put back by Chauncey Jackson as time expired in another photo finish between these teams.

Pine Grove led 15-14 after the first quarter and took a 33-28 halftime advantage that was nearly cut even further.

Johnson hit a floater then got a steak and nailed a half court 3 point shot that was still on his hand just as the buzzer sounded.

Cody Johnson hits a floater and a near half court shot before the first half ends, but the half counter BARELY doesn’t count. Pine Grove leads 33-28 at the half. pic.twitter.com/kuzeYVKh1a

For the Eagles, they also had four in double digit scoring, led by Daylon Crum with 21. Cam Smith put up 18. Jackson finished with 12 and Johnson added 11.

Pine Grove will take on Biggersville for the district title while Falkner has an in county contest against Blue Mountain in the consolation game.