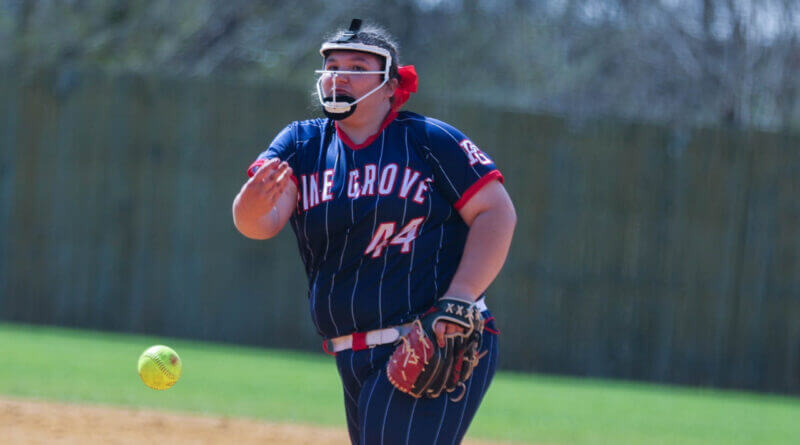 The Lady Panthers got a little bit of everything in their season series against district foe Belmont.

A rain delay, a thrilling one run victory and a hit parade win all took place this week. The end result? A season sweep over the Lady Cardinals.

Pine Grove and Belmont started playing on Tuesday and finished on Wednesday after a rain delay with the Lady Panthers leading 2-1. A strong defensive performance, including a pair of defensive gems from Baleigh Bridges, helped preserve the win.

The play of the game came when Ellie Fryar made a diving tag on a Belmont baserunner coming in for what would have been the game tying score.

Ellie Fryar with the full extension layout to get the out at home. Got her by a couple of inches. Great effort. Pine Grove leading Belmont 2-1 heading bottom 6. pic.twitter.com/KwnEdOPtEC

In the second game of the series, The Lady Panthers used an offensive explosion in the third inning to come away with the 14-3 victory.

Pine Grove got the scoring started in the third with a Hailey Keeton single that scored a trio of Lady Panther base runners for a 3-1 lead that they would never surrender.

Keeton would finish the game with three hits and four RBI, including a pair of doubles.

Ellie Fryar would add a homerun and a double as part of her three hits. Meeks, Madison Foster and Memory Mauney would add doubles as well.

Meeks was the winning pitcher, striking out 5 in 5 innings of work while allowing just a pair of earned runs.

The Lady Panthers moved to 6-1 on the season. They are next in action at the Tippah County Tournament on Saturday at Walnut.