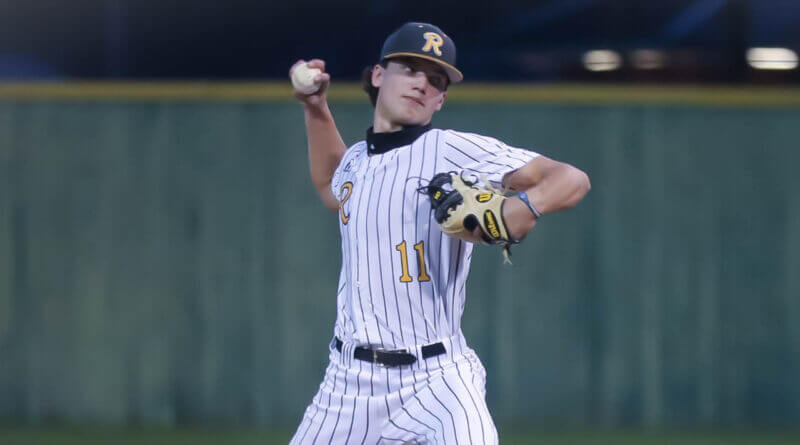 Nothing could seem to go right for Ripley on Thursday night until everything started going their way when it mattered most.

The Tigers put across 5 runs in the bottom of the 6th inning after watching several hard-hit balls fall right to their rivals and Ripley moved to 5-4 on the season with a 6-4 win over New Albany.

More importantly, the Tigers are 2-0 in District play.

Ripley got an 11-2 win over New Albany earlier in the week, but they weren’t able to generate any meaningful offense until late against the Bulldogs, who were cruising along behind starting pitcher Ethan Conlee. Ripley got a 3rd inning run with Reed Scott scoring Jack Fortune, but their bats were silenced for much of the contest.

In the 6th, the Tigers started finding holes in the New Albany defense that gave them baserunners and eventually led to runs scored.

Fortune put two runs across on a ball in play up the middle that the Bulldogs couldn’t handle, then Ty Long hit a 2-RBI ground rule double to give the Tigers their first lead of the contest.

The Tigers then got an additional insurance run as Reed Scott laced a single into right field that scored Long.

Long went to work in the top of the 7th looking to finish the game he started and he did just that.

The Ripley Sophmore finished the game on his 121st pitch, striking out Ethan Conlee for his 9th strikeout of the night and the complete game victory.

Ty Long gets a K to end it. Cooper Davis throws down to first to clench it. Big time comeback for the Tigers as they defeat New Albany 6-4. pic.twitter.com/aHd6pfqRzL