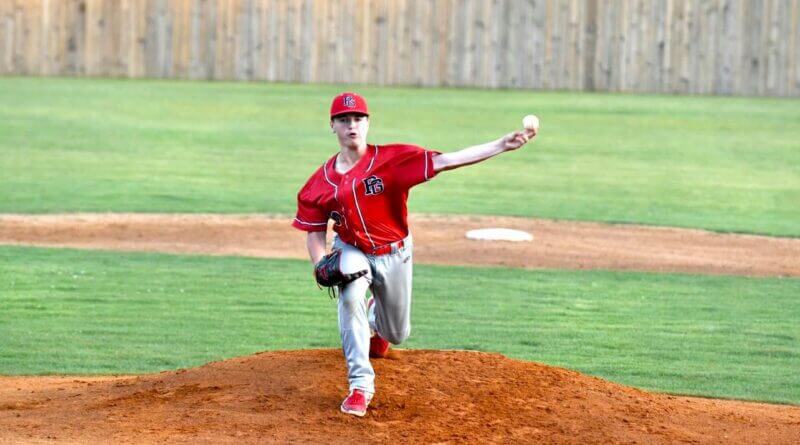 Success in baseball is a microcosm for what it takes to be successful in life.

Forget the past, and focus on what is in front of you. If you get knocked down, get up. Above all else, never stop believing in yourself.

Pine Grove faced long odds heading to their last at bat in the second game of their best of three series against West Union on Saturday: down 6-3 heading to the 7th inning down 1-0 in the series. In this particular contest, and in the series up to that point, the Panthers hadn’t swung the bats particularly well.

Forget the past. Get up. Never stop believing.

The Panthers got a spark and it spread to a raging fire. Pine Grove checked all the boxes for bouncing back and claiming their baseball victory.

Carson Rowland hit a two run homer in the top of the 7th inning to start the fire and Pine Grove went on to take Game 2 11-7 thanks to an 8 run 8th inning. They then went on to take the series with a game three shut down victory 11-1.

The entire Panther team worked together, making plays and bouncing back when things looked down. There were heroes across the diamond.

Cooper Rinehart throwing 6.2 innings of relief in game one after starter Peyton Cornelius was pulled in the first inning after giving up a pair of runs. Rinehart struck out 5 and scattered six hits in picking up the victory.

There were extra base hits from 7 Panthers on the day, with Jon Bullock and Jacob Hopkins each contributing a pair of doubles. Cason Jones and Gunnar Kirkman, who led with 5 base knocks on the day, also added a double each. Rowland, Rinehart and DJ Smith each launched a home run with Smith’s clinching the Game 3 win for the Panthers.

Speaking of bounce backs, none encapsulated the Pine Grove effort to claim the series win as much as freshman Peyton Cornelius.

Cornelius got the early hook in Game 2 but came back to spin a gem in game 3, striking out 6 while allowing just one hit and commanding the zone in the close out game.

The Panthers move on to round 3 where they will take on the Hamilton Lions. Game times to be announced.

More pictures of the Panthers on the Tippah County Sports Facebook page.