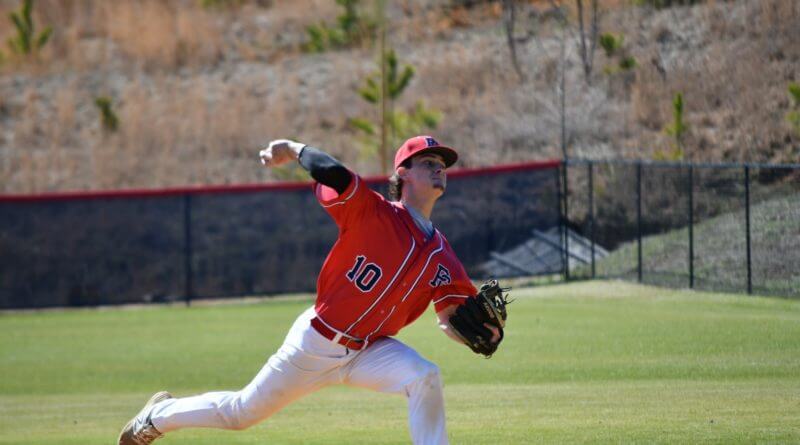 Pine Grove was scheduled for a pair of 7 inning games on Saturday. The weather was so perfect for baseball, they decided to play a little extra.

Against Bruce, starter Kyle Thrasher was lights out through 8 scoreles innings as he struck out 8 and scattered 3 hits. Jacob Hopkins came in and threw 6 scoreless innings of 1 hit baseball, striking out 3. Cooper Rinehart took over to pitch the 15th and gave up an unearned run on a questionable playcall on an attempted double play.

In the bottom of the 15th, Carson Rowland and Cason Jones, who led the Panthers with three hits, reached to set up Hopkins last at bat heroics.

Against Baldwyn, now a 1A foe of the Panthers, Pine Grove fell behind 7-0 headed to the bottom of the 6th inning before rallying to tie and eventually win the game in extra innings.

DJ Smith launched his first homerun, Cason Jones continued his hot streak at the plate by going 3-4 with a pair of triples and Rowland added a pair of hits. Rinehart again picked up the win, throwing 3 innings of no-hit baseball to shut the Bearcats down.