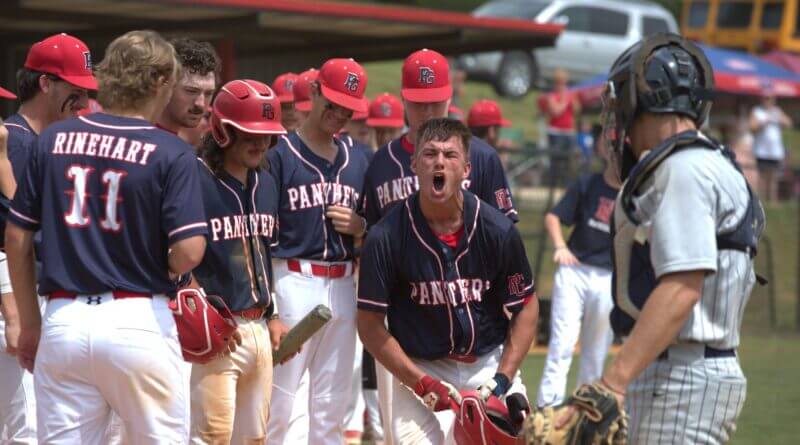 Pine Grove knew they had to score runs against a potent Tupelo Christian offensive attack.

After only mustering a trio of hits on Friday night, the Panthers answered the call in a big way on Saturday as they churned out 15 hits en route to a 16-11 Game Three victory.

Monday the pair will square off in a winner take all contest. The victor claims a North Half title and moves on to play for a state championship.

The Panthers went nine innings without a run, but once their bats woke up in the third inning, Pine Grove unleashed an offensive onslaught.

Pine Grove put up a pair of runs in the bottom half of the third on a Brice Lindley RBI single followed by a hard hit ball from John Bullock which scored a pair of runs to cut the home team deficit to 4-3.

After the Eagles scored a pair in the top of the 4th, Pine Grove was staring at a 5-3 hole down 1-0 in the series. The Panther confidence never waivered, however as they turned to Carson Rowland on the mound in relief of Peyton Cornelius. The designated hype man for the Panthers delivered, striking out a pair of Eagles and surrendering a run on an error.

The Pine Grove Junior hit a two run homer in the bottom of the 4th to ignite the Panther offense as they put up nine runs in the frame, taking a 12-6 advantage that they would never squander.

“Our guys know what they are capable of. They’ve had several big innings in the playoffs, and I knew it was a matter of time before some of our hard hit balls starting turning in to hits,” Panther head coach Matt King said of his team turning in an offensive display in a must win contest.

Pine Grove, playing in the first North Half title series in school history, would add a trio of additional home runs in the game, including another Rowland home run in front of the TCPS student section in the bottom of the 6th.

All told, the Panthers would unleash 15 hits, 4 homeruns (Rowland 2, Gunner Kirkman, DJ Smith), a triple (Kirkman) and a double (Cason Jones) in the contest. Lindley would add a pair of hits and RBI.

Game 3 is set to be another thriller, and Coach King knows what the Eagles of TCPS are capable of at the plate.

“With the way those guys hit the ball, we have got to come ready for a dog fight on Monday.”