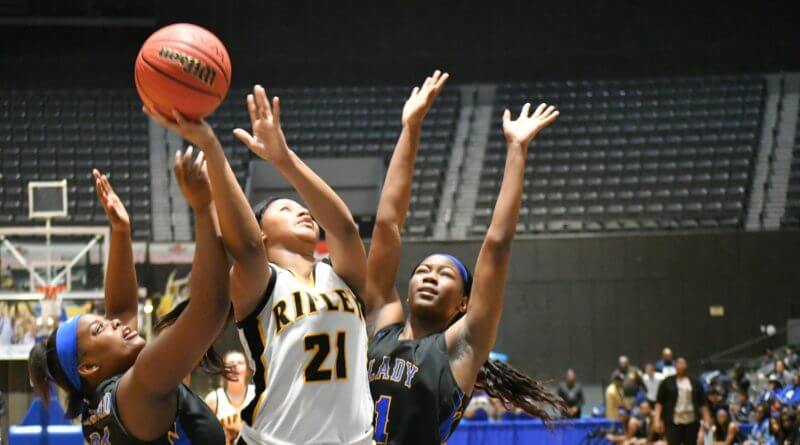 Ripley is right back where they wanted to be since the start of the season: one game, winner take all.

The Lady Tigers are hoping the third time is the charm.

Ripley pulled away late in a highly contested battle against Raymond on Monday, claiming a 49-33 win to advance to the state title game for the third time in the last four years.

An old recipe for success proved to be exactly what the Lady Tigers needed: win the rebounding battle (31-22) and limit turnovers (8 in the game).

Despite holding a 25-19 lead at the half, the Lady Tigers could not create separation against the Lady Rangers and only led by 5 headed to the final frame.

A flurry of driving baskets from Siarra Jackson and a solid fourth quarter defensive effort proved enough to allow Ripley some breathing room late as the celebrated seniors got to soak up their last trip to the Coliseum.

Jackson led the Lady Tigers with 16 points and 9 rebounds. Amelya Hatch our up 15 points and 6 assists. Rivers Adams and Summer Kirkman turned in solid performances as well, with Adams putting up 5 points and 8rebounds while Kirkman had 8 points, 4 rebounds and 4 assists.

Ripley is set to take on the winner of Pontotoc and Moss Point.