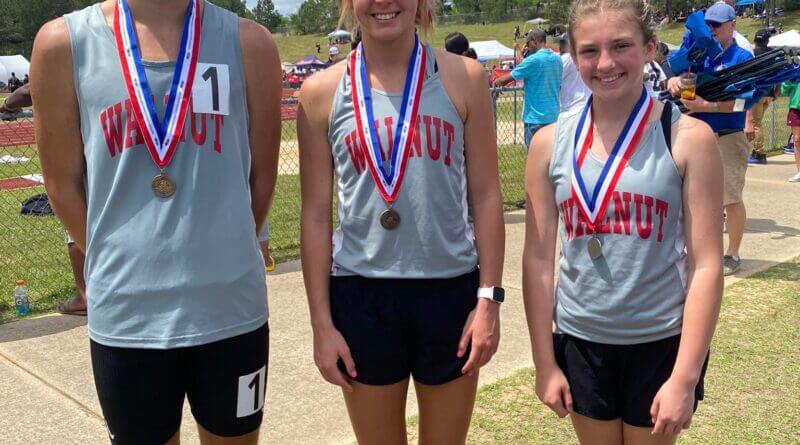 The Walnut track team didn’t have many entrants in the 2022 MHSAA State Track & Field Championships over the weekend. But they made the most out of what they had.

The team returned with five medals, four of them gold. And they did it with only four entrants.

Teamwise, the Walnut girls finished 7th out of 27 entrants with 35 total points, while the boys were 14th with 20 points, all by McElwain.

The Ripley High School track team also competed in the state championships. The Tigers’ 4×100 meter relay team placed sixth with a time of 44.64. Earlier this year the team set a new school record in the event.