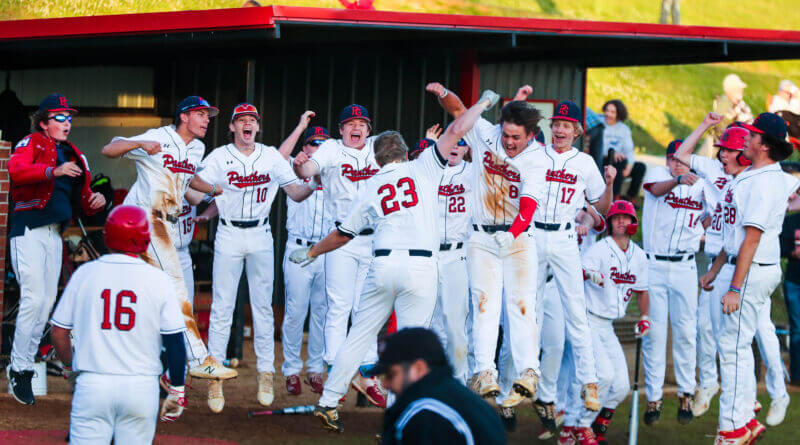 EUPORA–The Pine Grove Panthers took care of business in Game 2 of a best-of-three Class 2A playoff series against the Eupora Eagles on Friday.

Brice Lindly scored three runs on a 4-for-4 night, Jacob Hopkins struck out six, while helping his cause with a pair of RBIs and the Panthers put on an offensive showcase in a 16-2 run-ruled win in just five innings.

Pine Grove (22-6) will take on Choctaw County (17-7) in the North Half Semifinals in a three-game series set to start on Friday, May 6. Game times have not been announced. Choctaw Central advanced with a couple of run-ruled victories of their own against Belmont.

“They are a solid team. Gonna be a challenge,” King said.

–Eight Panthers recorded at least one RBI, including Gehrig Shinall and Gabe Roberts with two each.

–Head coach Matt King noted the play of freshman infielder Brittan Fryar. “He made a couple of great plays at second. He’s an outstanding defender.”