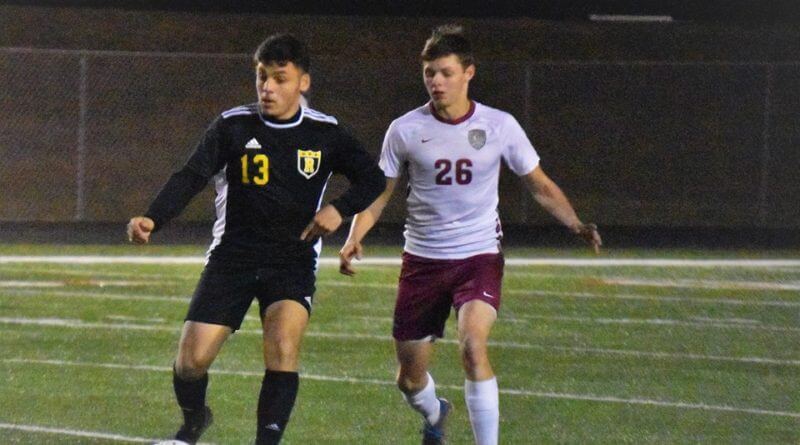 The Ripley Tigers are in the 2nd round of the state soccer playoffs for the 2nd year in a row.

Jorge Ruedas got a pair of goals, one in each half, and Freddy Lopez scored the go ahead goal in the 78th minute to hand Ripley a 3-2 win over Caledonia.

The Tigers move on to the second round with a 12-1 record.

“It’s a great honor to help the team by scoring in the playoffs,” Ruedas said of his scoring. “We are looking forward to making history and going to North Half for the first time ever with a win against our next opponent.”

The Tigers used an attacking style early, picking up a 1-0 lead on a Ruedas goal in the 9th minute. Caledonia got an equalizer just before the half to tie the game 1-1 headed to the break.

The Tigers would take back the lead on another Ruedas goal in the 1st minute of the 2nd half.

Again, the Confederates of Caledonia would answer back, this time with a goal in the 59th minute.

Freddy Lopez converted a goal from nearly 20 yards out and the Tigers held on with stellar ball control and defense late in the match to seal the win.

Ripley will take on West Lauderdale, a 5-1 winner over Kosciusko in their opening round match.

That match is set for Saturday.