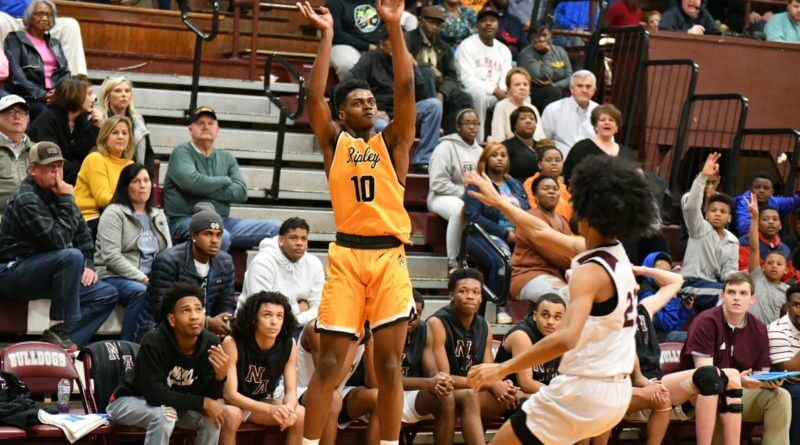 The Ripley Tigers needed a win against arch rival New Albany on Friday to claim the top seed headed in to the district tournament.

The Tigers had to accomplish this win on the road. And, just for good measure and degree of difficulty, they trailed at halftime.

What was the Tiger game plan to pull out the victory? Same as always, of course. Play defense like it’s what you were born to do and find offense in the flow of the game.

The defense came from all angles and the shots were falling for Asa Howard in the 2nd half as Ripley claimed a 59-56 victory. For the 2nd year in a row, the Tigers are the top seed headed in to the district tournament.

Ripley got 14 first quarter points from Jesus Ruedas to take a 16-9 lead after the opening period.

The sharp shooters from New Albany would bounce back in the second quarter to outscore Ripley 17-8 and take a 26-24 lead into the break.

Ripley would go toe to toe with the Bulldogs in the third period on the offensive side, outscoring New Albany 24-15 in the quarter behind 13 Asa Howard points to give Ripley a 48-41 lead headed to the final frame.

New Albany would go on a run late in the fourth to take a 56-55 advantage with under a minute to play.

Howard, who was held scoreless in the first half, would answer back.

The senior nailed a deep three pointer with under 30 seconds to play to give Ripley a lead they would not relinquish.

Their defense made sure of it, diving for a loose ball to gain control of the basketball. Cam Rucker would be fouled on the ensuing play where he was fouled and went to the line to put the game away with a made free throw.

Ruedas would finish with 22 points while Howard added 18. Ripley moved to 22-2 on the season. 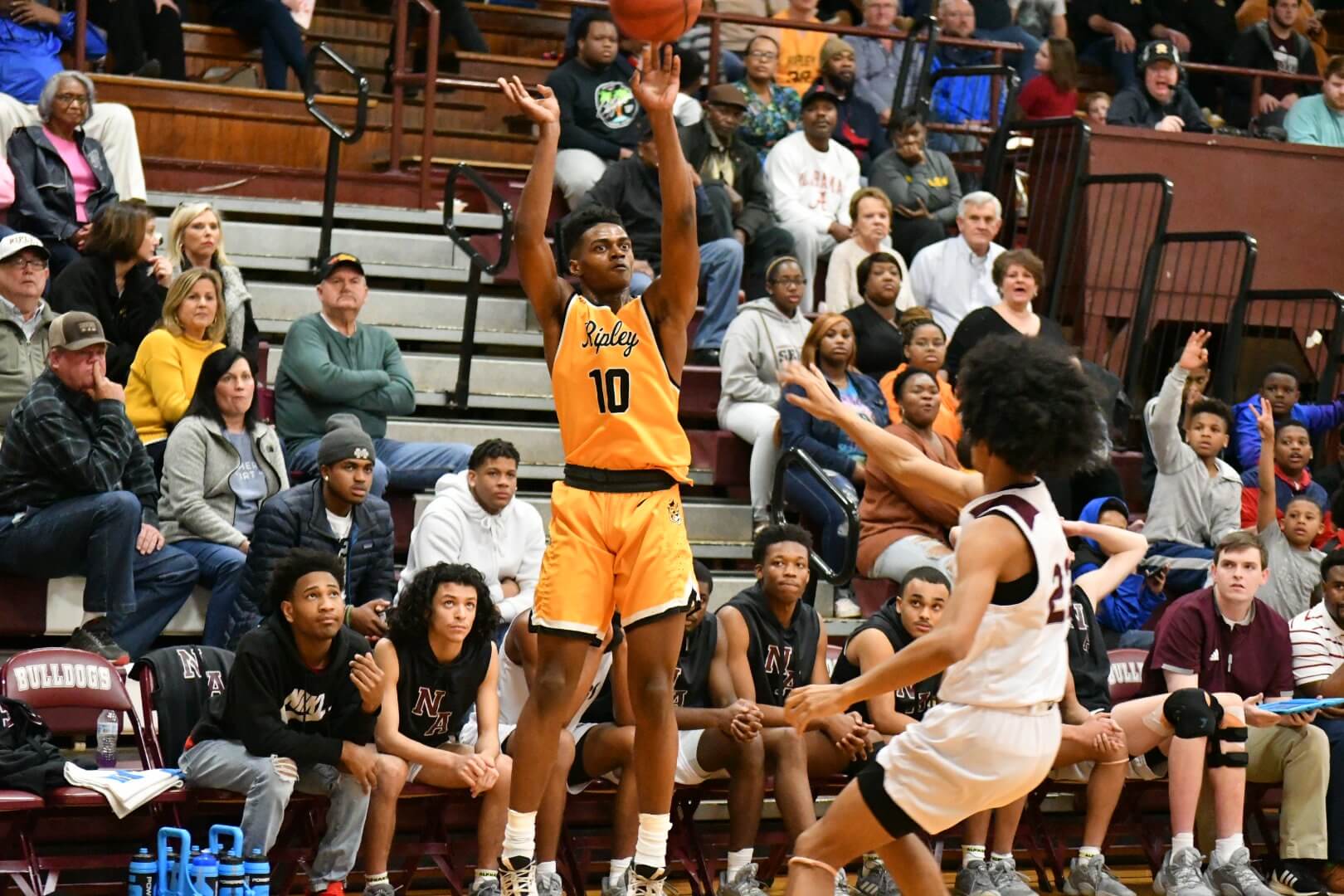 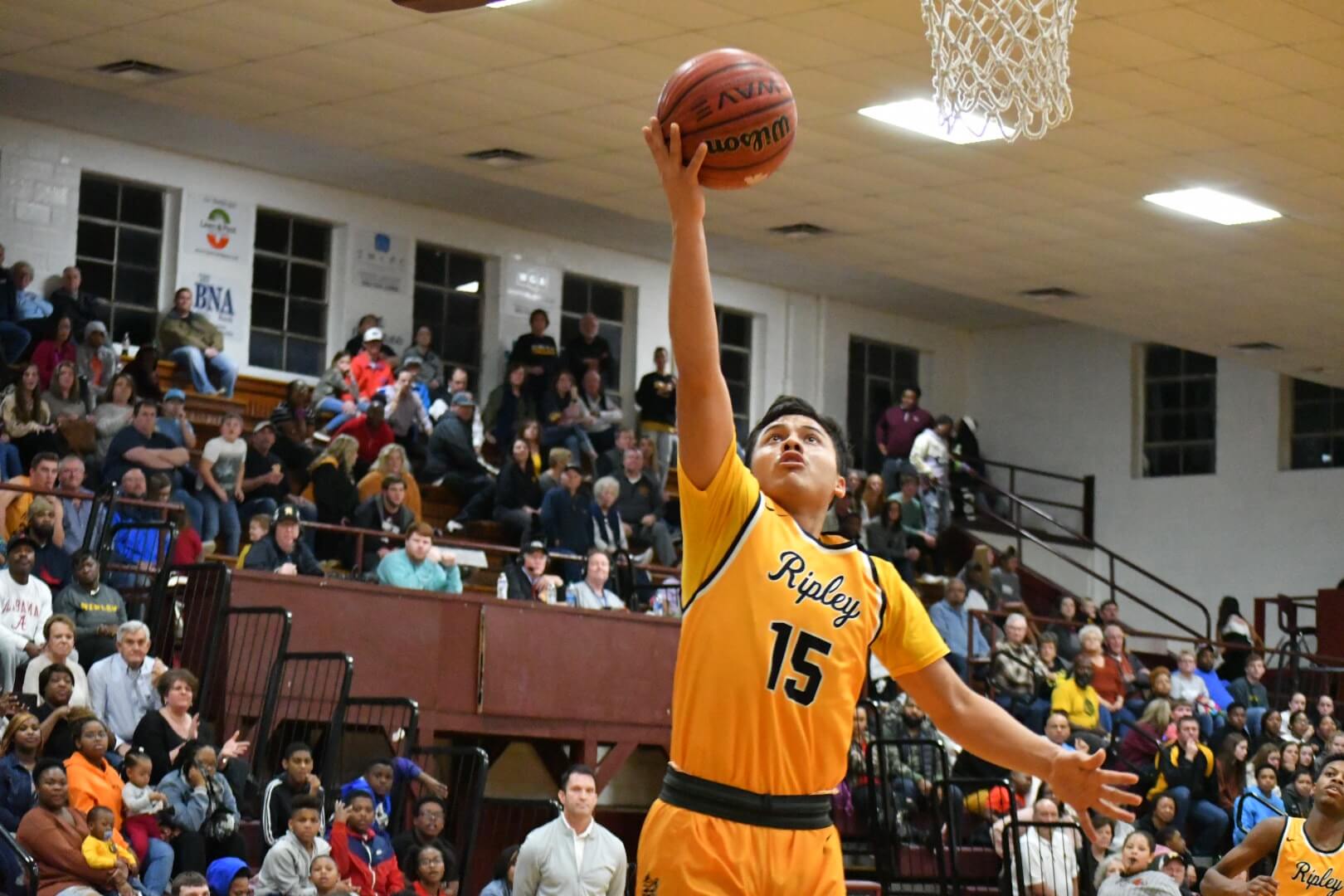 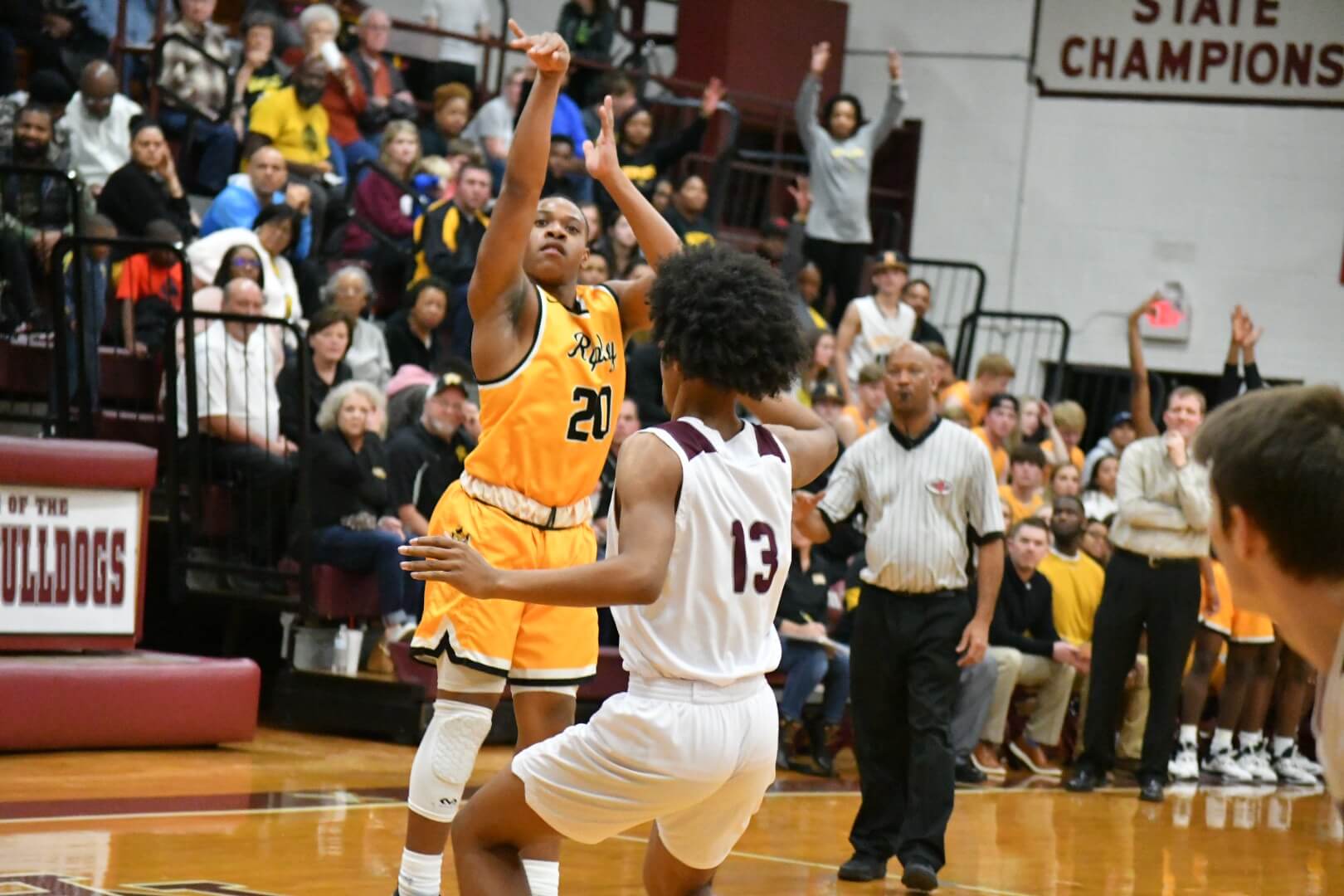 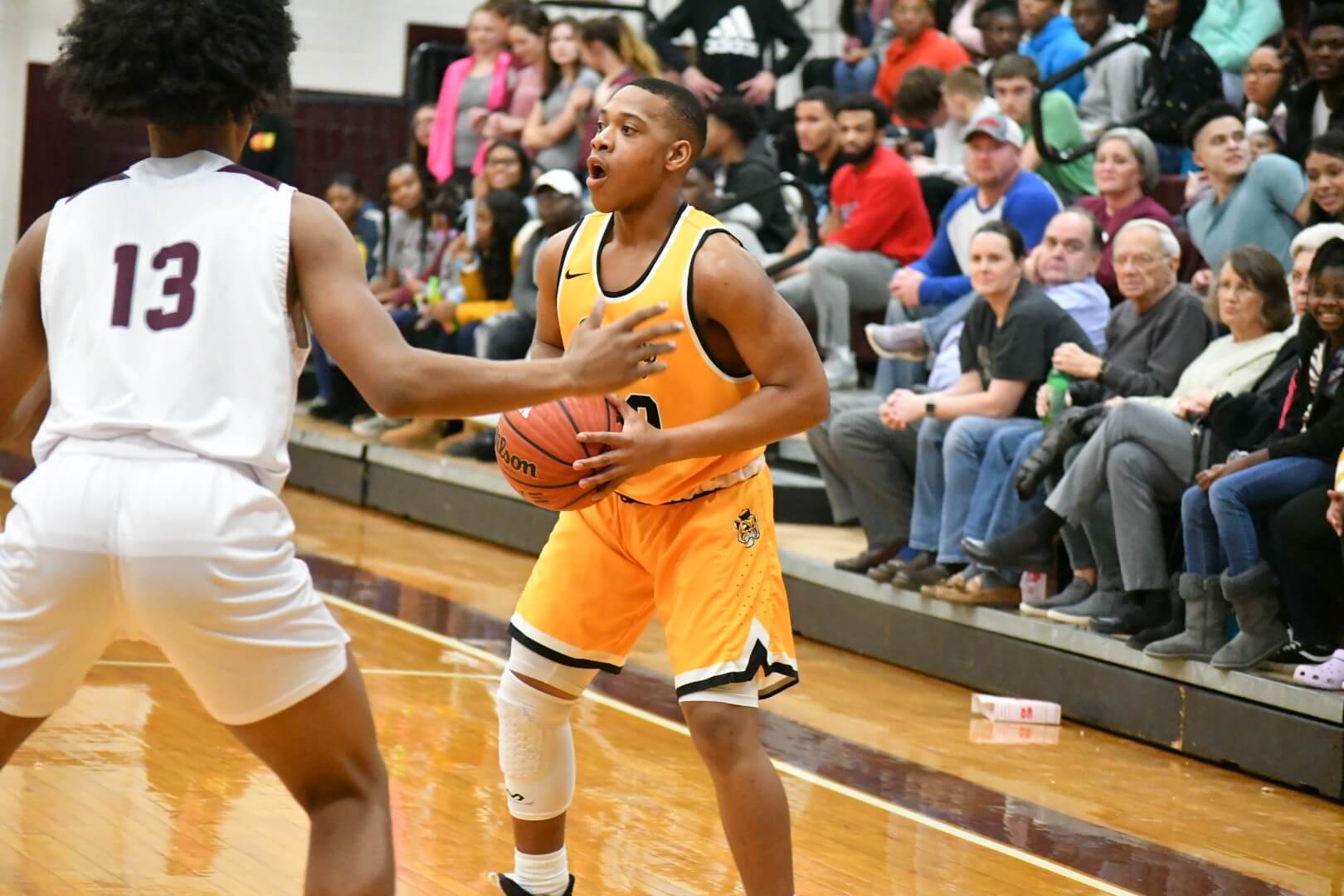 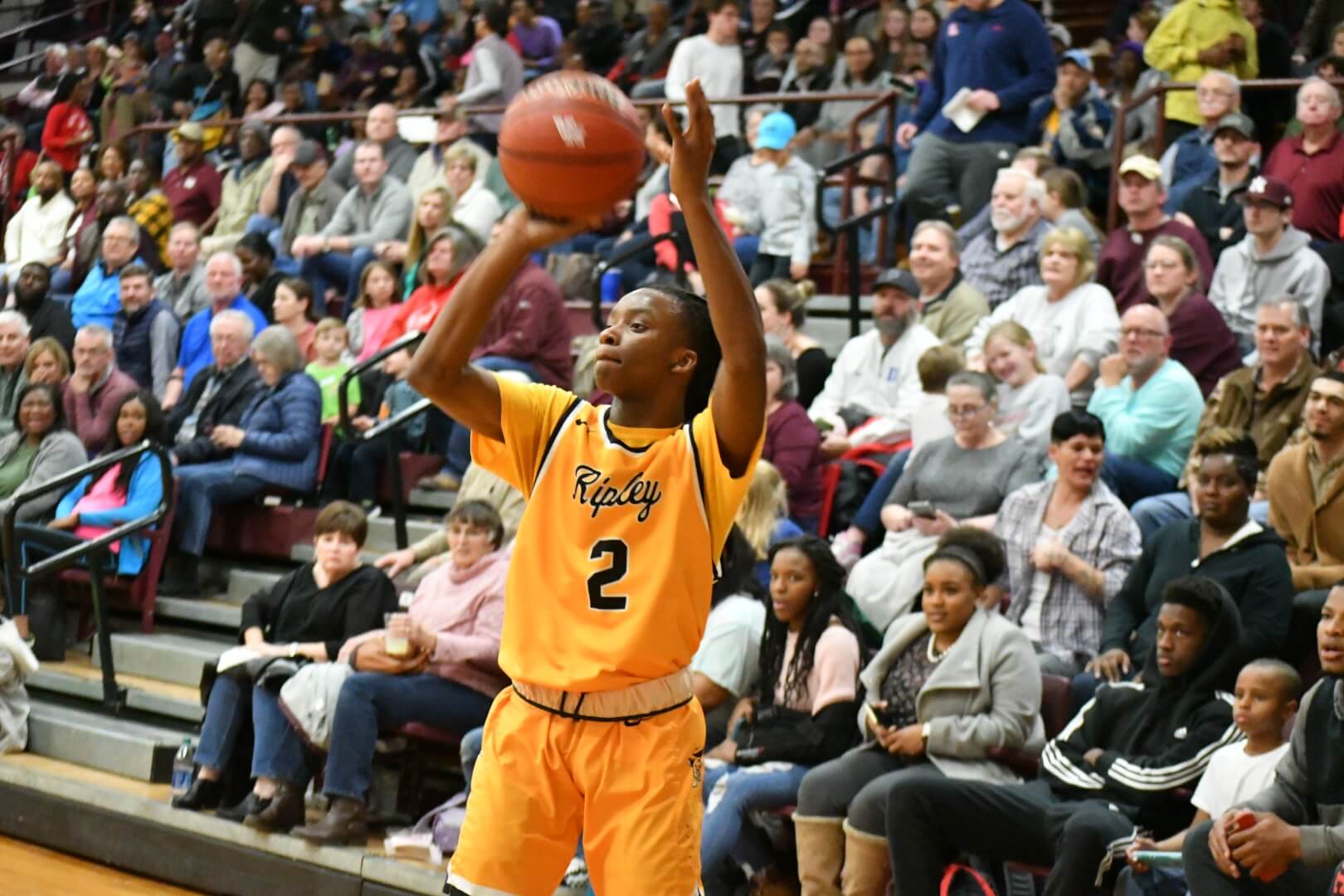 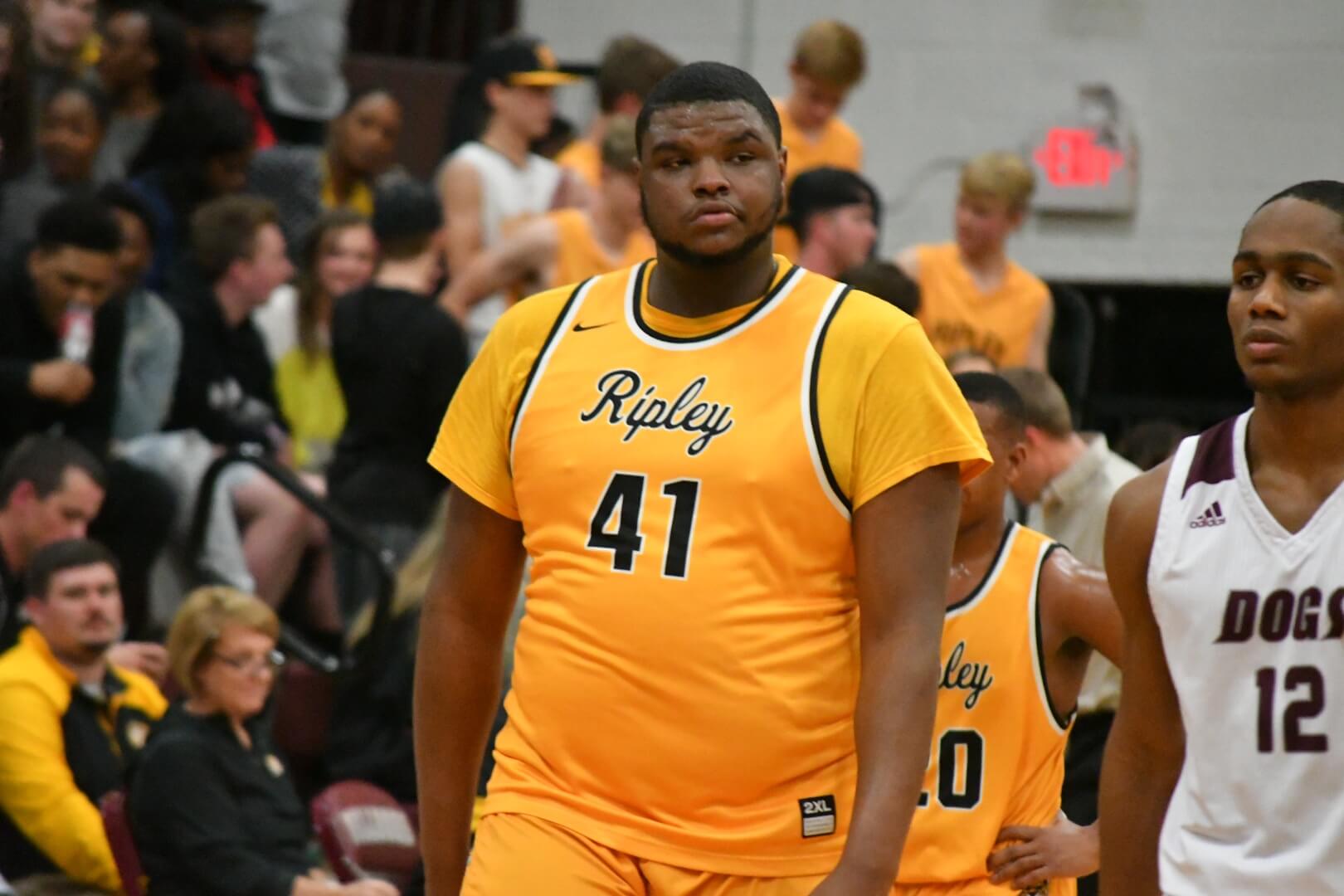 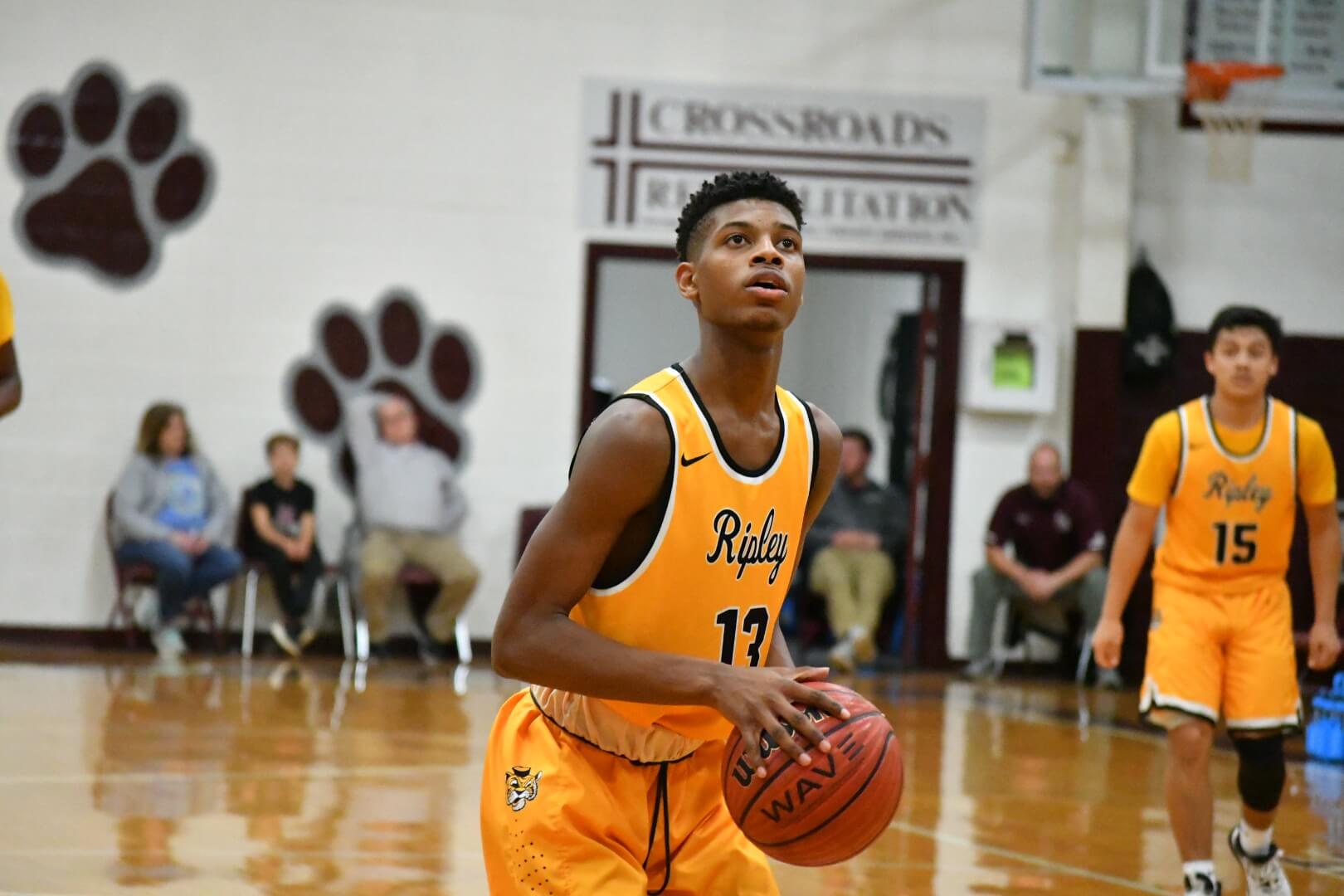