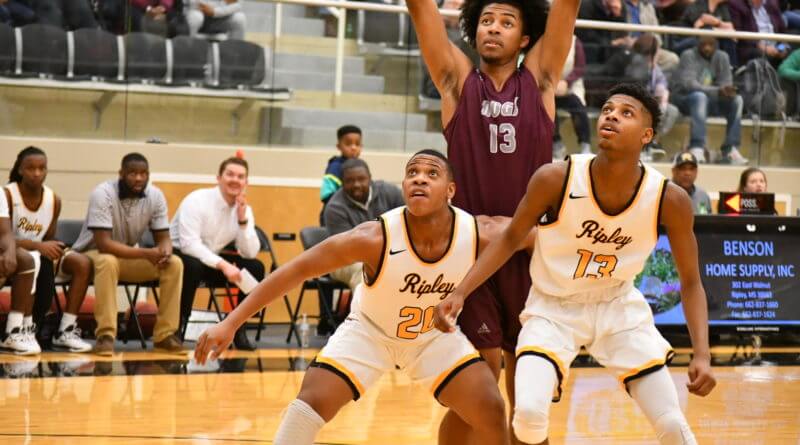 Ripley- (Boys) The Tigers knew coming in to their matchup against New Albany on Tuesday that the Bulldogs had the ability to put up a lot of points.

The Tigers, as they so often do, showed their disdain for their opponent scoring a lot of points.

Ripley held the potent New Albany attack to 30 points below their previous low scoring output, winning a 48-38 contest to claim the lead in district 1-4A.

The Tigers raced out to a 7-0 lead behind an aggresive start from Jesus Ruedas, who finished as the games high scorer with 18 points, and a driving bucket from Asa Howard, who finished with 12 points.

Siarra Jackson finished with 18 and Amelya Hatch had 17. Summer Kirkman put up 13.

The Lady Tigers were able to play everyone on their bench in extended minutes as they cruised to the victory.

Both teams compete next in the Tippah County Tournament beginning Thursday at Walnut.