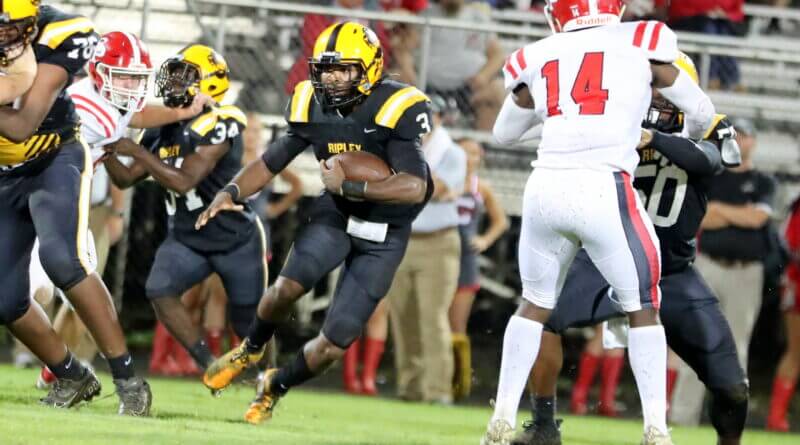 Ripley moved to 7-1 on the season with a 30-15 win over South Pontotoc on Homecoming on Friday night and the Tigers are firmly in the driver seat in Retion 2-4A.

Mary-Leise McBride was named Homecoming Queen, fireworks went off, and the Tigers immediately went to work.

Chazton Crudup nearly broke the opening kickoff for a toucdown and then Immanuel Griffin took the first play from scrimmage in for a 7-0 Ripley lead.

The Cougars answered after a pair of punts from each team, getting a Braxton Morphis touchdown run and a two point conversion on a trick play to take a 8-7 lead.

It was the only advantage South Ponototc would have all evening.

Freddy Lopez would connect on a field goal to open the 2nd quarter for a 10-7 Ripley lead and the Tigers would not trail again.

Ripley is on the road next week at Houston where a win ensures the Tigers a playoff berth and could potentially clinch the Region title.