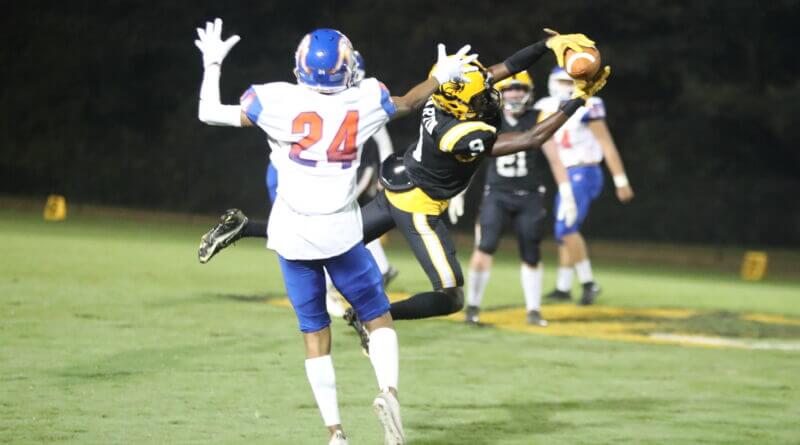 North Pontotoc picked up the first score Friday night’s game against Ripley, a Kentner to Navarette 48 yard TD pitch and catch late in the first quarter.

The Tiger defense would go chalk from there.

Ripley forced 4 turnovers and held the Vikings scoreless in the final 3 quarters to take a 28-7 win, moving the Tigers to 5-1 on the year. More importantly, Ripley started district play off with a win.

Chazton Crudup scored a pair of touchdowns, Imamnuel Griffin added another big scoring play to his resume this year and Sophmore Ty Long, sidelined for two week with an injury, hit Michael Turner for a wide open 13 yard touchdown pass on the opening drive of the third quarter to give Ripley a lead they would not relinquish.

Griffin would account for 157 total yards to lead the Tigers, including a 69 yard score on the first play of the 4th quarter to essentially put the game away.

Long looked solid in the 2nd half to provide a change of pace from fellow sophmore Clay Adams, who did a fantastic job leading the Tiger rushing attack last week against Booneville and in the first half Friday night.

The Tigers are back in action on the road next week against rival New Albany, who fell in a nail biter against Pontotoc Friday night.

The winner of that contest will be in the drivers seat in Region 2-4A.