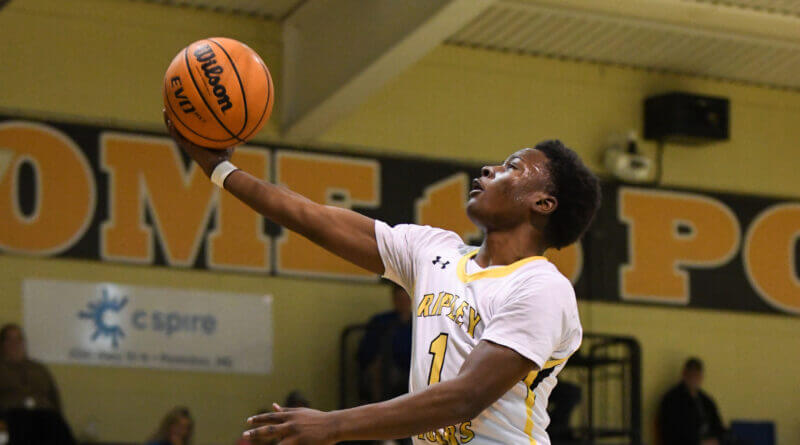 The Ripley Tigers picked up a big win over South Pontotoc in the consolation game of the district tournament on Friday to lock in the #3 seed.

That set the wheels in motion for a trip to see long time rival Corinth in the first round, where the Warriors are coached by former Tiger head coach Adam Kirk.

Ripley defeated South Pontotoc in a thrilling 44-41 contest on Friday. Meanwhile, Corinth and Coach Kirk fell to Shannon 51-42 in their district title game.

The end result? The Tigers and Warriors square off in a match where the opponents are familiar with each other and the Ripley players get to take on their former coach in a must win game.

It’s win or go home time, with the added twist of facing their former coach.

The game is set for Tuesday at 6 at Corinth.