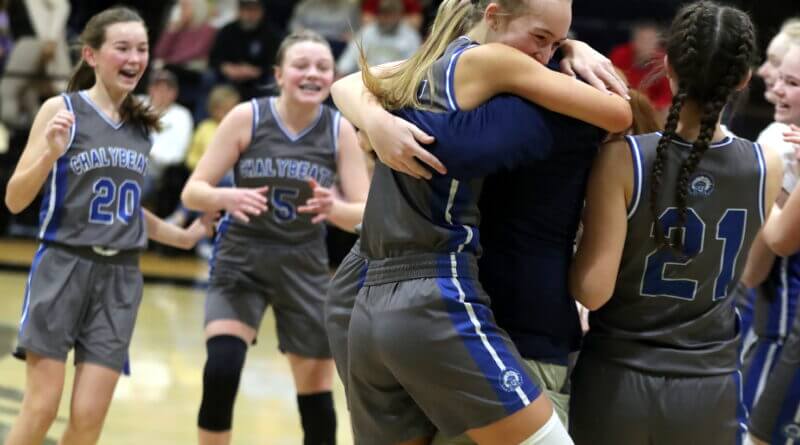 The Chalybeate Lady Warriors claimed a Five County tournament championship on Friday with a gritty win over East Union.

Check out the pictures from the championship game here.

The 44-33 victory sealed an undefeated season for the Lady Warriors.

It was Chalybeate’s first 5-county title since 1995.

Chalybeate trailed 8-4 at the end of the first period with Kaylee Estes providing all 4 points. The Lady Warriors fought to take a 21-16 halftime advantage over the Lady Urchins, who came in to the game with a record of 17-1, thanks to 7 points each from Mary Reese Pitney and Henlee Sisco in the second period as the Lady Warriors outscored East Union 17-8.

Pitney got an offensive reboung and putback just before the half to help seal the lead at the break and Chalybeate would not trail from that point forward.

In the game, Sisco led with 12 points while Pitney added 11. Allie Jackson had 10 points including 9 in the fourth quarter, most of which were scored at the free throw line to ice the victory. Estes contributed 8 points while registering several key blocks on defense.