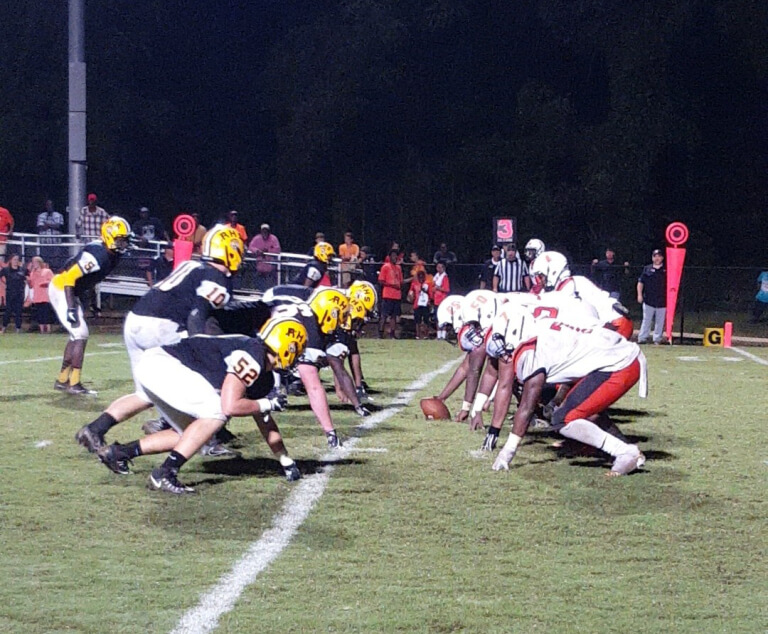 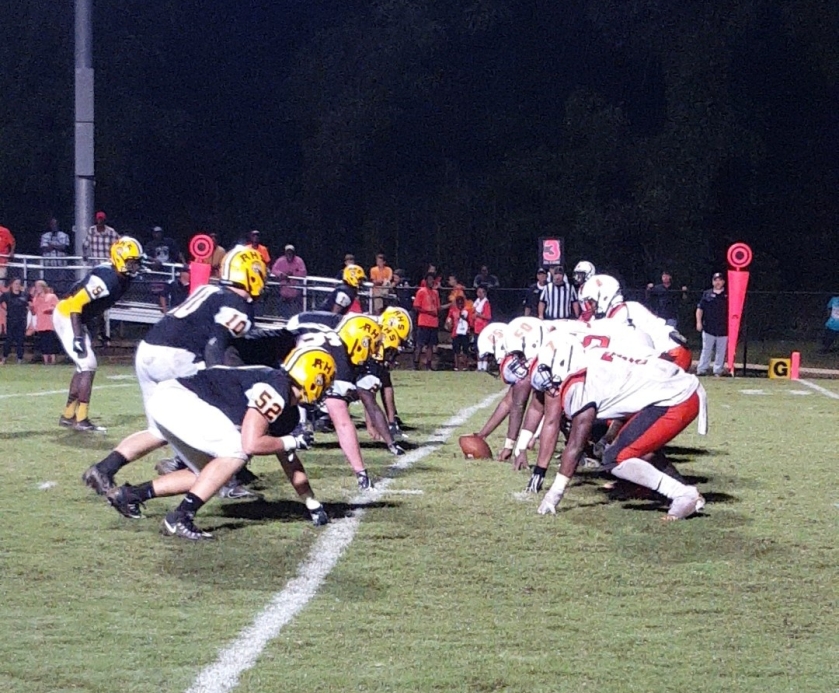 RIPLEY–The Ripley Tigers are improving, but they didn’t make the necessary plays to get past defending Class 2A champs, Calhoun City on Friday.

Trailing by two points to start the second half, Calhoun City got three big touchdown runs to pull away for a 36-21 win.

“I’m proud of our guys, about how far we have come, but I’m just disappointed in how we executed in the second half, on both sides of the ball,” said Ripley head coach Sam Hathorn. “I felt like we had chances to make plays, chances to go ahead, but we just couldn’t make the plays to get ahead,”

The back-and-forth affair found Ripley playing from behind the entire night. The Wildcats took the lead, for good, with a pick-6 on the Tigers’ second drive of the game.

Ripley responded with an 85-yard scoring drive capped with a 5-yard run by junior QB Trey Blanchard to pull within 8-7. Midway through the second quarter, Calhoun City pushed the lead to nine with a 75-yard drive and a 2-yard rushing score by Keshun Parker. The Tigers punched back with a late 70-yard march. Senior RB Michiko Adams topped it off with a 1-yard TD plunge with 17 seconds left until the break, closing the gap to 16-14.

Ripley outgained Calhoun City 203-117 in the first half.

Calhoun City (2-1) struck first on their opening drive of the third quarter with a 39-yard rushing score. The Tigers fumbled their next drive at the 1-yard line, however, after forcing a short Calhoun City punt, Ripley went 46-yards, as Blanchard hooked up with WR Jey Johnson for a 12-yard score to get within 22-21 with 3:15 to play in the third.

The Wildcats threw two final blows, as Ripley wasn’t able to counter. Parker broke a 63-yard TD run, followed by a 50-yard scoring jaunt, a series later. He led all rushers with 175 yards on the ground.

“With a team like (Calhoun City), you stop them and stop them and then they bust one. That’s a hard pill to swallow,” said Hathorn.

Blanchard had his second consecutive 100-yard rushing/passing night. He led Ripley with 16 carries for 102 yards. Through the air, he was 13 of 21 for 166 yards.