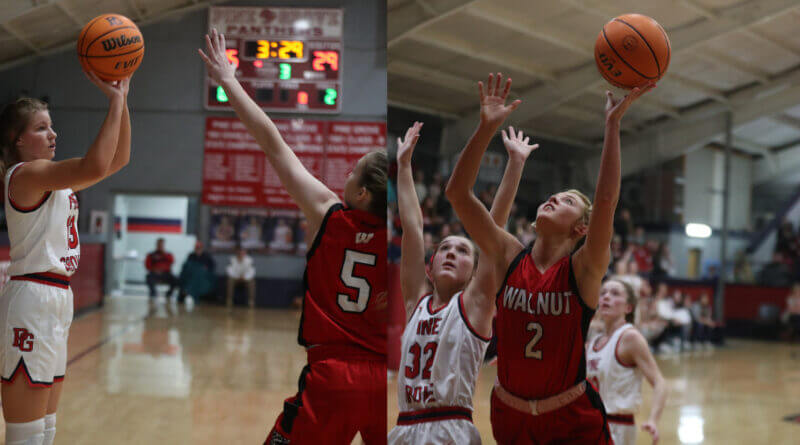 Walnut and Pine Grove are no strangers to each other in girls basketball, playing at least once a year on average for the last decade-plus.

This season, the pair moved into the same district, a murderers row of a girls basketball lineup that includes consistent girls power programs New Site, Belmont and Baldwyn.

The Lady Panthers took a hard fought game over on their home court last month over Walnut by a score of 52-48. Their prize?

The 4-seed in the opening game of the district tournament, to be held at Belmont.

Walnut comes in to the game with the top scorer in Mississippi, Madi Kate Vuncannon. The Junior dynamo is averaging 28.4 points and nearly 11 rebounds per game. She has helped lead the Lady Cats to a 13-11 record on the year.

The Lady Panthers will counter with their own Junior scoring leaders, as Lana Rowland and Ellie Fryar combine for 32 points per game between them. They have helped lead the Grove to a record of 15-10 on the season.

Records and rivalries are out of the window, this comes down to one game.

The Tippah County pair take the court at 4 oclock on Tuesday.