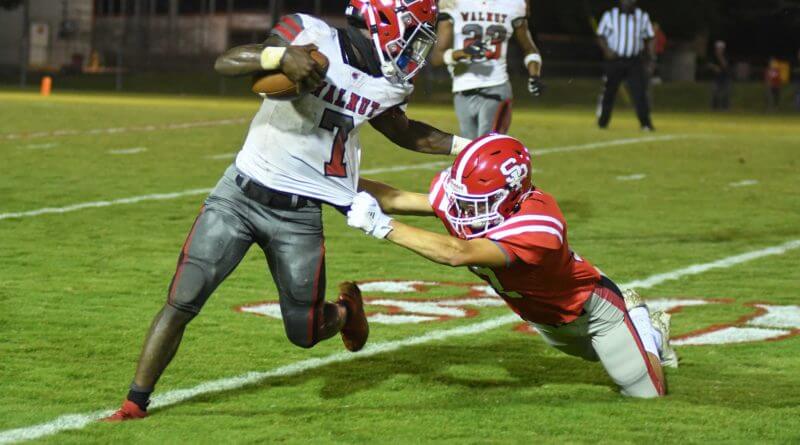 Walnut’s TJ Colom is no stranger to the endzone. He finds it regularly from all angles on the field and has been doing it since he was a freshman.

The senior is putting up a monster 2020, though, even by his lofty standards.

Colom is #2 in the state in touchdowns according to stat aggregator Maxpreps with 29 scores on the season. The Wildcats have benefited from his scoring prowess as they have locked up their 8th straight trip to the playoffs under head coach John Meeks. Walnut can clinch a home playoff game with a win Friday against Mantachie.

“Whatever I can do to help our team win, that’s what I go out to do. We all are working to the same goal and that is winning every time we step on the field. I couldn’t do it without my teammates,” Colom said of his individual success which has helped lead to a 6-2 record in 2020.

For TJ, his big year this season has put him in range for a huge career milestone as he is at 89 touchdowns over the last four years. With a minimum of two games remaining in the season 100 total touchdowns isn’t out of the question.

On the year, Colom is at 1889 total yards and is averaging over 14 yards every time he touches the ball. He is also leading the state in points per game, as he is responsible for scoring over 22 points per contest.

The Wildcats are at home Friday to close out the regular season.