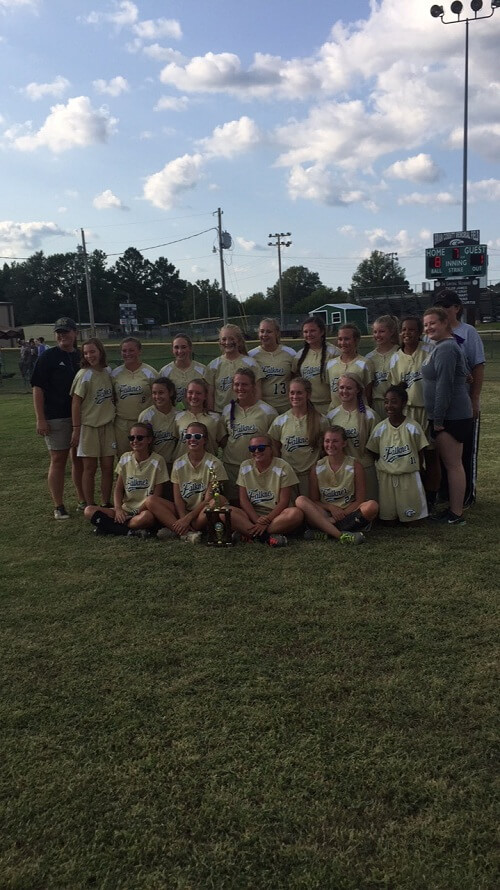 The Falkner Lady Eagles won the round robin tournament by defeating Pine Grove in the final, 8-1. After a day full of great matchups, including walk-off hits and stellar defensive plays, Falkner needed to win by at least 7 runs to capture the title and they did just that, using great defense and big hits up and down the lineup (including this home run from Madison Wilder)  to bring home their first tournament championship in 11 years.

“It feels great, to win it here at home in front of our fans,” Falkner alumni and head coach Morgan Robertson said after the game.

Walnut beat Falkner. Pine Grove beat Walnut. Falkner beat Pine Grove. It took a walk off double from Savannah Hunt for the Lady Eagles to get past Blue Mountain.  At the end of the day, the 3 way tie came down to run differential, where Pine Grove and Falkner were tied. The next tie breaker was head-to-head, with Falkner getting the trophy because of their victory over the Lady Panthers, who won the tournament at their field last year.

Falkner and Pine Grove are no strangers to each other, as they play at least 3 times per year and sometimes more. That continues again today, with the Lady Panthers headed back to Falkner for a 5 p.m. game against the Lady Eagles.