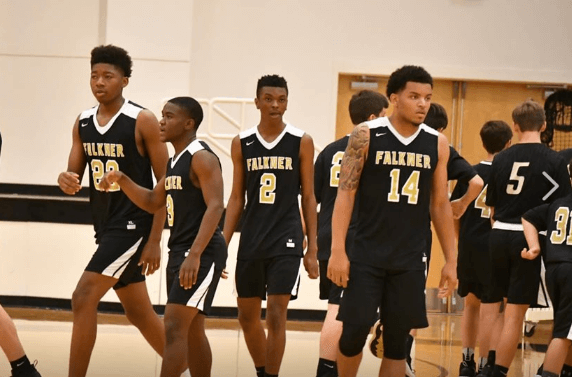 The 2018-2019 Falkner Eagles had the most regular season wins at Falkner in 20 years and made the first round of the playoffs. They look to build off of that with a majority of their core contributors returning.

Falkner, by all accounts, had a succesful season under first year head coach Austin Hopper. They had their first trip to the playoffs and won 18 regular season games.

For the Eagles, it’s all about growth and continuing their on court success.

Falkner returns four of their top 5 scorers from a season ago.

Chauncey Jackson and Cam Smith, both all county and all division performers, will be relied upon to control the post and play above the rim for the Eagles. They are the top two returning scorers and rebounders from a season ago.

Cody Johnson and Daylon Crum will be primary ballhandlers and creators on offense. They are both multi-year starters for the Eagles.

Freshman Rodrigo Ruedas will be counted on for energy and defensive intensity and Zion Stroupe will bring physicality in to the game.

Look for juniors Dalton Brown and Bricen Stroupe to help round out the rotation for the Eagles.

Falkner competes in district 1-1A this season along with Blue Mountain, Biggersville, Jumpertown, Thrasher and Pine Grove. The Eagles have key out of district games against New Site, Potts Camp and West Union as well West Lowndes at the ICC Rumble by the River. The Eagles will also be participating in the Ingomar Invitational and at the New Albany Thanksgiving Classic.