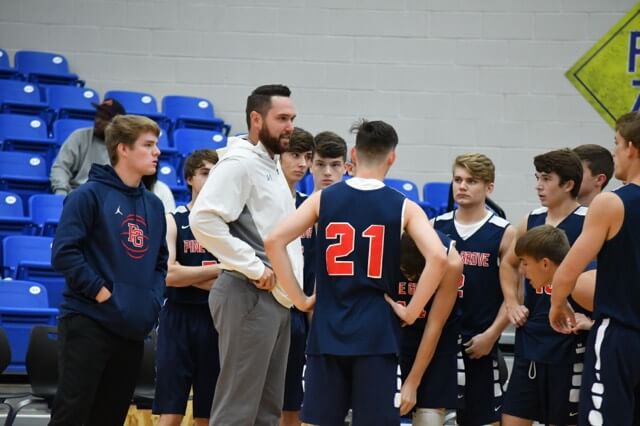 Pine Grove will look to go into the playoffs again this season after ending last year with a first round exit in the playoffs.

The Panthers bring back their top 2 scorers and will rely on a new face plus a mixture of youth and verterans to go for a playoff run in 2020.

Pine Grove went 9-20 last season, but 5 of those wins came in district play, good for a trip to the state playoffs.

The Panthers have a chance this season to both improve their win total and advance into the state playoffs after a good showing over the summer and growth for some of last years key contributors.

The Panthers bring back the top returning scorer in their district in Sophmore Carson Rowland. Rowland is the primary ball handler and the engine that makes the Panther offensive attack go. He has worked since last season on his shot from the three point and free throw line in hopes to add a wider range of shots to his offensive arsenal.

A new face and a returning player from last year will help also help carry the offensive load for Pine Grove in Freshman Jack Hudson, who averaged 7 ppg as an 8th grader last year, and transfer Cade Wilder. Cade was a three year starter for Falkner where he has averaged over 10 ppg for his career.

Expect both Keaton Wilkerson and Jon Bullock to get opportunities for major minutes this season.

The Panthers have the ability to win some ballgames this year but it will depend on their success executing in the half court and hitting open shots. With Rowlands playmaking abilities, there will be opportunities for the Panthers to exploit defenses from the three point line. If they can hit those shots consistently, Pine Grove could really surprise some teams this year.

Look for in county district games against long time rival Falkner to be a guage for the Panther season. An early season matchup with 1A favorite Ingomar as well as a match against potential playoff foe West Union should also be ones to watch for the Panthers this year.