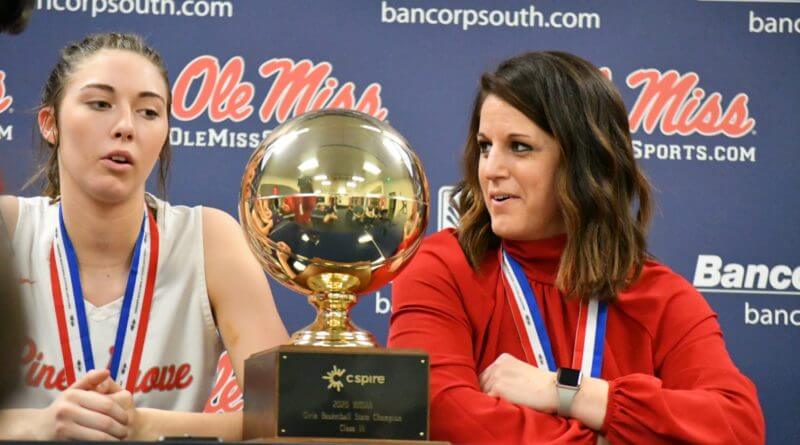 OXFORD – Mississippi’s state high school basketball tournament championship round has long been one of my favorite events to watch and chronicle. This has been a life-long love affair that began back in the late 1950s and early ’60s when the event was played at old City Auditorium in Jackson, before moving on to Mississippi Coliseum – the so-called Big House – for a run of more than half a century.

What’s not to love? You watch game after game, passion play after passion play, with raw emotions laid bare from deep in the souls of boys and girls from the sandy beaches of the Gulf Coast, to the Delta flat land, to the hills of northeast Mississippi – and all points in between.

So many memories – of gifted superstars such as Doug Hutton, Wondrous Wendell Ladner, Eugene and Purvis Short, the former Chris Jackson, Hollywood Robinson, the Provine Posse, Monta Ellis, Eugenia Conner, LaToya Thomas, Victoria Vivians and so many more. Of so many splendid games. Of so much ecstasy and so much agony.

It was with all that in mind, I made the trip to Oxford and the radiant Pavilion at Ole Miss this weekend to see how this carnival of emotion travels.

The answer: It has been better than ever. This is what the Mississippi High School Activities Association had to have had in mind when they voted unanimously – 14 yea, and 0 nay – to move the championship games away from Jackson for the first time in at least seven decades.

Chad Harrison, of Scott County School District and former coach of two state championship teams that included Victoria Vivians, was one of the 14 who voted to make the move. This was not a move made without a lot of thought – and without some regret.

The thrills and the chills are still on display here – only under much brighter lights in a state-of-the-art arena, built for basketball, alone – no rodeos or tractor pulls allowed. Basketball even sounds different here.

“There’s just so much more energy here; it’s electric,” said Ripley Lady Tiger Amelya Hatch Thursday night after her team defeated Moss Point 37-30 for the State Class 4A championship. “It’s so bright it feels like you are playing under a spotlight.”

Added Ripley girls coach Steve Willey, “This was such a great, great atmosphere, everything about it first-class. I don’t think you’ll find any coach who will tell you they aren’t happy with this atmosphere.”

The crowds have been huge and loud – with the lower bowl at The Pavilion filled or nearly filled.

As this is written, we are nearly halfway through the 12 championship games. Of the five completed, two have gone to overtime, and none have been decided until late in the fourth quarter. We’ve had ecstasy and agony on overload.

It is like I have told many people over the years: You can tear a page out of your reporter’s notepad, make a paper airplane with it, sail it any direction and, wherever it lands, you’ve got a great story, a Mississippi story.

Final score: Greenwood 62, Raymond 59. It was tied after one quarter, tied after three quarters and tied again at the end of regulation. Greenwood had started slow this season – for good reason. Seven of Coach Fredric Ford’s 10-man rotation were standouts on a Greenwood football team that went deep into the football playoffs and were late getting started in basketball.

“It took us a while to get the kinks out,” Ford said. But they did – most of all, Deandre Smith, a just-turned-16-year-old 10th-grader, did. Smith, a highly recruited football quarterback, lifted his teammates on his broad shoulders and scored 30 of the Bulldogs’ 62 points in the overtime victory.

Half of the fun of watching these basketball passion plays is picking out the boys and girls who might be Mississippi’s next big stars. It didn’t take long to pick out Smith, a solidly built, 6-foot, 2-inch guard who just decided his team was not going to lose.

“Losing in football broke my heart,” Smith said. “I wasn’t going to lose this one.”

He made 11 of 19 field goals, 6 of 9 free throws, and both his three-point attempts. He also led his team with seven rebounds, four assists and one huge blocked shot in overtime. Smith will one day have to make a decision: football or basketball?

And then there was the Class 1A boys championship game, nearly always my personal favorite. This was Thursday afternoon when Ingomar and Baldwyn – two of Mississippi Hill Country’s traditional powerhouses, went at it.

You had Ingomar coaching legend Norris Ashley – he of the nine state championships – in the stands watching his son, Jonathan, trying to win his first. You had Ingomar junior Zach Shugars hitting a 15-foot buzzer-beater to win it, 47-45 with about 4,500 fans seemingly all standing and screaming at the end.

Jonathan Ashley knows more than a little bit about this tournament’s history. He was in the Big House in diapers when his daddy won one of his first state titles. He was in the fourth grade when he watched Chris Jackson duel James “Hollywood” Robinson in one of the greatest games in Mississippi high school basketball history.

“I’ve seen bigger crowds (than the one Thursday afternoon), but I’m not sure I’ve heard a louder one,” Ashley said. “Seemed like there were 10,000 there the night Hollywood and Chris went at it at the Big House, but there’s just something different about this place. It’s a purely basketball arena. The crowd is right on top of you. There’s not a bad seat. It doesn’t have that open-air feel of the coliseum where it seems like you are shooting into space. Everything about this place – the locker rooms, the floor, the lights, the sound – it’s just all first class. And that’s coming from someone who grew up going to the Big House.”

The plan is to take next year’s state tournament to The Hump at Mississippi State. MSU officials were here, already making preparations for next year’s tournament. If you know anything about the State-Ole Miss rivalry, you know State will work to make next year’s event all the more special.

The kids. And isn’t that the way it should be.

This article first appeared on Mississippi Today and is republished here under a Creative Commons license.