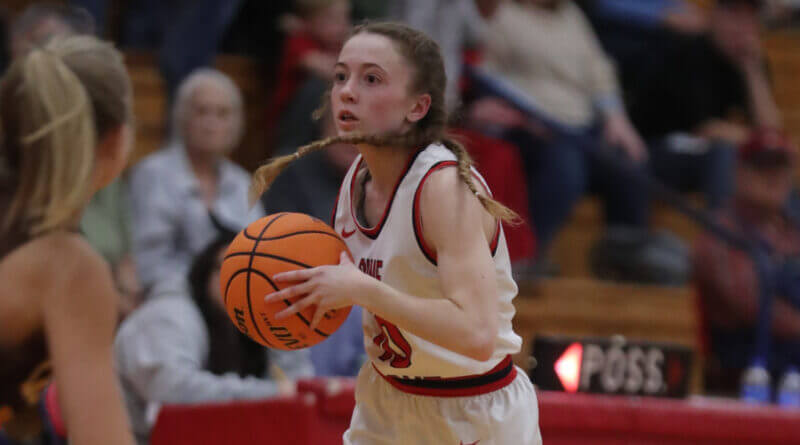 Pine Grove is in a new district, in an entirely new classifcation, but this time of year feels familiar to the Lady Panthers.

It is playoff season, and Coach Katie Bates and her squad see the path in front of them and know what it takes to get wins this time of year.

The Lady Panthers path became a little clearer on Friday night as they clenched the #3 seed in 1-2A with a 41-35 victory over East Union. Pine Grove picked up the victory the way they always seem to pick up a victory this time of year: grit, hustle, diving around the court and making big plays when it matters.

One of those big plays was a Hannah Grisham buzzer beater to end the third period, her lone points of the night, but big ones as it kept momentum in favor of the Lady Panthers against a peaking East Union team who was bound to make a fourth quarter run.

Ellie Fryar led with 15 points while Lana Rowland added 13. The victory moved the Lady Panthers to 17-11 on the year.

With the win, the Lady Panthers travel to Potts Camp on Monday. The Lady Cardinals are the #2 seed in Region 2-2A after falling to Myrtle on Friday.

The path to the Big House is set for Pine Grove. It won’t be easy to get there, but they know the way.