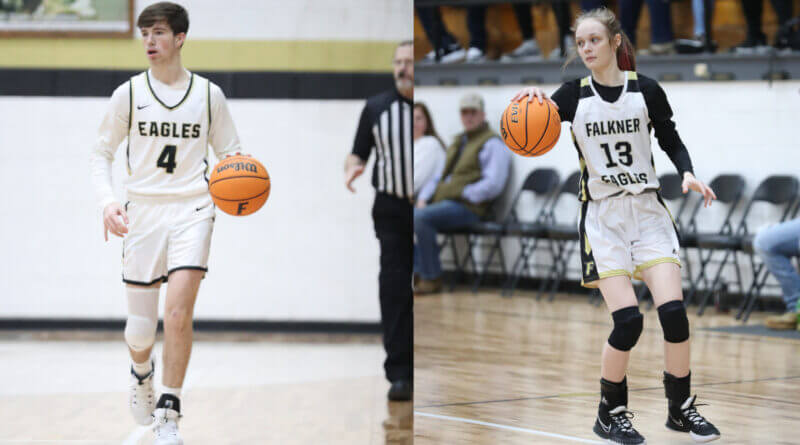 Falkner is headed to the 1A playoffs after claiming a victory in the Region Tournament this week.

The Eagles fell to Jumpertown in the consolation game of the 1-1A tournament by a score of 58-54 on Friday night and will be the 4 seed in the playoffs.

Hunter Griffin led with 18 while Darren Binkley added 12. The Eagles fell to 14-15 overall.

On the girls side, the Lady Eagles fell 58-43 in the consolation game and they are also the #4 seed in the playoffs.

Both squads will now travel to Ingomar for the first round of the playoffs after Ingomar claimed the 2-1A district crown and the #1 seed.

The girls game will be at 6 on Tuesday with the boys game to follow.