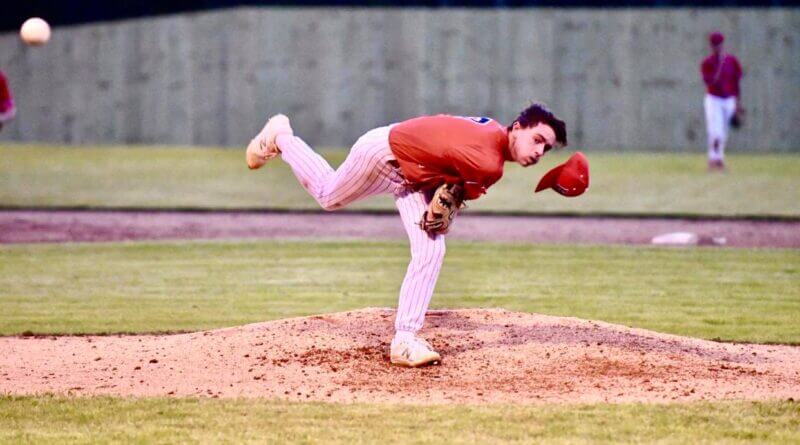 Pine Grove got big hits and a big pitching performance from their senior ace to come away with a big win on Monday on the road.

The Panthers took a 6-0 before starting pitcher Cason Jones was pulled due to meeting his pitch limit and Pine Grove held on for a 6-3 win. The victory moved the Panthers to 9-4 on the season and more importantly they remained undefeated in district play.

Jones spun a gem on the mound, as the senior hurler tossed 5 and 2/3 innings, scattering 4 hits and striking out 9 to put his team in a position to win.

Pine Grove built up their lead thanks to a four run inning in the 3rd highlighted by a Jacob Hopkins three run home run.

Carson Rowland ripped a double to straight away center in the 5th inning and scored to add a run for the Panthers and Cooper Rinehart hit a bloop RBI single that scored Jack Hudson, who was pinch running for Jacob King after King had laced a single up the middle, to close out the scoring.

Freshman left hander Peyton Cornelius came in to finish out the game on the mound for Pine Grove in the 6th and recorded the final four outs all by way of strikeout.

The Panthers and Lions are scheduled to play Thursday at Pine Grove. More pictures on the Tippah County Sports Facebook page.