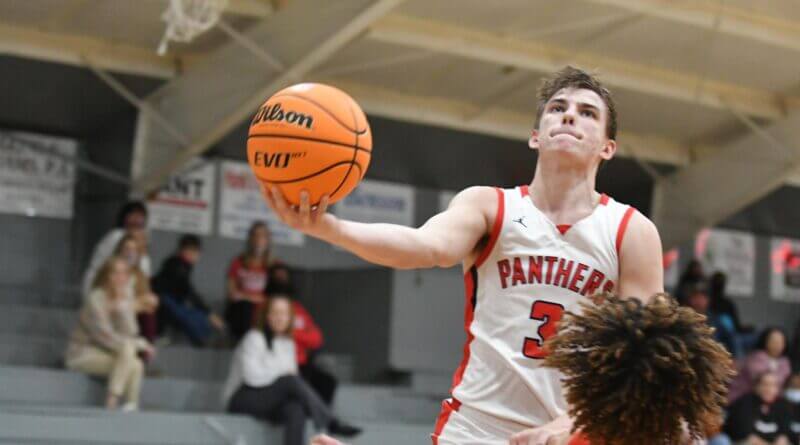 For the first four minutes of Pine Grove’s first round playoff matchup against Houlka, neither team could buy a bucket.

The Panthers led just 1-0 halfway through the first period. From that point forward, though, Pine Grove turned up the defensive intensity and used an offensive explosion from behind the three point line to claim a 70-37 victory and advance to the second round of the 1A playoffs.

Junior standout Carson Rowland connected on a three pointer just past the halfway mark of the first quarter, followed by a Keaton Wilkerson three and another Rowland three-pointer as the opening period came to a close for a 12-6 Pine Grove lead.

The Panthers would continue their offensive production in the second quarter, outscoring Houlka 25-11 in the period behind more sharpshooting from Rowland, who connected on three more triples including another buzzer beater that gave the Panthers a 37-17 halftime advantage.

On the night, the Panthers connected on 11 three pointers and were able to rest their starters the majority of the second half as they cruised to a playoff victory over Houlka for the second straight year after dispatching them last season in dramatic fashion.

Rowland led the Panthers with 18 points. Jack Hudson put up 16.

Pine Grove will take on the defending state champion Ingomar Falcons on Thursday.

Houlka ends their season at 13-13. They were led in scoring by Jarell Hamilton with 13 points.