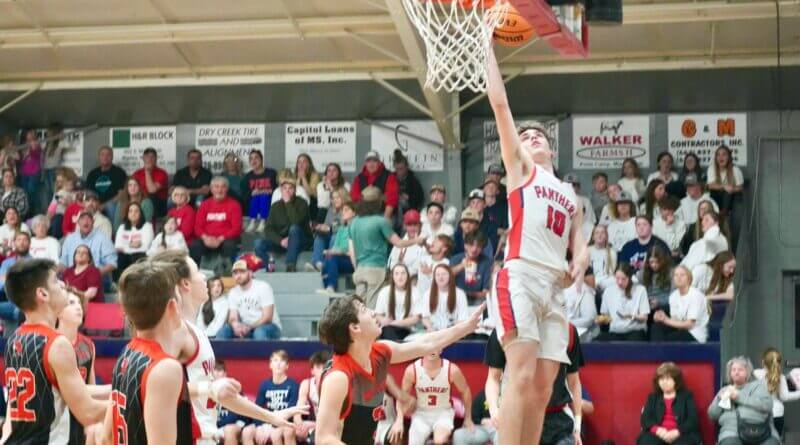 The Panthers were at home for their first round playoff contest on Tuesday.

The Panthers being at home for their first round playoff contest was bad news for their opponent.

Pine Grove moved to 8-1 at home on the season with an 88-43 victory over Myrtle on Tuesday night, dominating the visiting Hawks from start to finish.

The Grove is used to seeing lopsided home games from the Panthers this season, as they have won their last four home games by an average of 36 points per contest.

The Panthers jumped out to a 26-7 first quarter advantage and led 50-10 at the break behind 18 first half points from Carson Rowland. The Panthers were dominant in the paint, including this Jamas Cox put back layup.

Pine Grove did not take their foot off the gas despite heavy substitutions in the second half.

Jack Hudson scored 12 of his game high 20 in the third quarter before being pulled out midway through the period. For the contest12 Panthers got in the scoring column.

The win was the 20th of the season for Pine Grove, and set up a home showdown against defensing state champion Coahoma County this Saturday.

Game time is set for 7 pm but is subject to change.