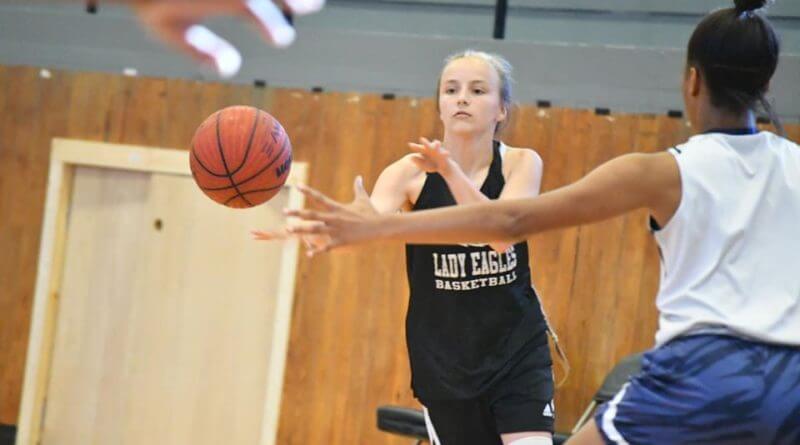 The Falkner Lady Eagles are going to put a young squad on the court this season after losing four starters from a season ago to graduation.

Coach Traci Hoggatt, in her 2nd year leading the Lady Eagles, knows her squad will work this season to play for each of their teammates.

“This group loves each other and they’re getting the idea that it’s about believing in the bigger picture or something bigger than themselves,” Coach Hoggatt said about her team.

The Lady Eagles will start three freshmen this season in Harley Garner, Kelsey Rogers and Keshona Strickland. Another freshmen, Maggie King, should see significant minutes as will Sophmore Brianna Pope.

Joining the trio of freshman in the starting lineup are Becca Owens and Kiarra Strickland, the only returning players with significant minutes prior to this year.

“I expect them to play with their hearts on their sleeves which I think will allow us to surprise some people this season,” Coach Hoggatt said about the outlook for the Lady Eagles.

Falkner will compete in district 1-1A this season with Pine Grove, Blue Mountain, Biggersville, Jumpertown and Thrasher.

You can see their schedule this season below.