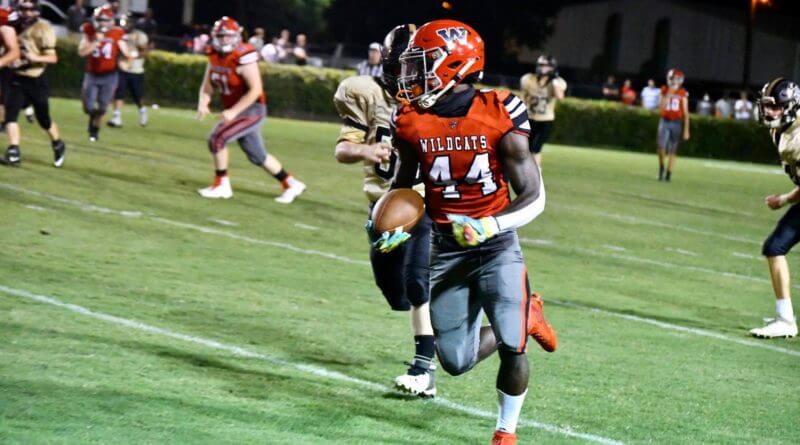 The 20th anniversary of the initial Joe Bowl saw the fourth most combined points scored in the history of the series between Falkner and Walnut, which dates back to the 1963 season.

Unfortunately for the Eagles, all of those points were scored by Walnut in the first half of Friday night’s contest.

Walnut moved to 3-0 and claimed their 2nd straight Joe Bowl with a 70-0 win on their home field Friday night against their rivals from Falkner.

TJ Colom put up four touchdowns and 170 yards on just 5 touches, including taking the initial Walnut play of the contest 29 yards for a score.

TJ Luellen scored on a rush, reception and punt return as he finished with 112 yards of total offense in the first half.

Cade Hunt connected on the touchdown pass to Luellen as well as a 3-yard touchdown strike to Brandon Shields.

Walnut forced 5 turnovers in the contest and now has 16 in three games.

Bubba Wilbanks and Zay Hudson each added a rushing touchdown to round out the record setting offensive performance.

Falkner is on the road next against Ashland in the Highway 370 game while Walnut travels to South Pontotoc.