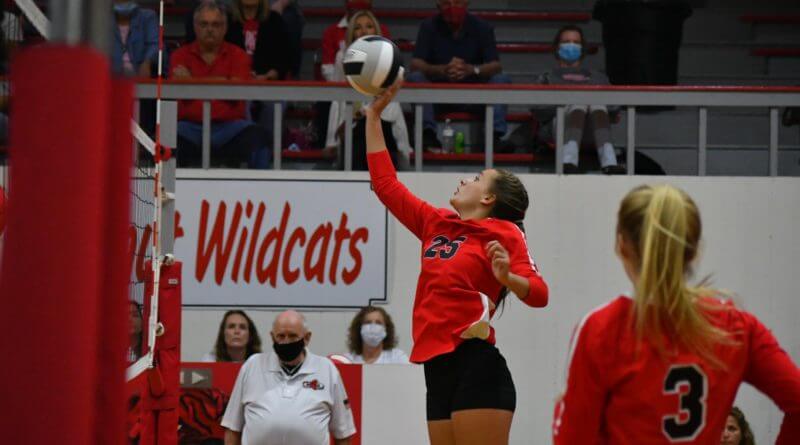 Walnut picked up a sweep against in county rival Pine Grove on senior night, picking up a straight set win as they honored their trio of seniors.

Pine Grove held an early lead in all three contests but Walnut would push through for a lead behind a solid service game in all three. In the opening set, Claire Leak took the ball and reeled off 4 aces while Laura Leigh Hughes contributed a pair of kills as the Lady Cats took a 9-4 advantage that they would not relinquish.

In the second set, Pine Grove found their footing as they started defending the net more against the Walnut aerial attack. In the 25-21 second game Walnut picked up the win thanks to great hustle play from Libero Cadence Rolison and a return from senior Sarah Martindale.

The third set was a back and forth affair, the Pine Grove again building an early 7-1 lead. For the third straight time, the Lady Wildcats battled back.

The teams battled, with each team making it to match point three times before Walnut ultimately took the win 29-27.

Both the Lady Panthers and Lady Wildcats enter the home stretch of the season in prime position to make it into the MHSAA playoffs.

Check out Tippah County Sports on Facebook for additional pictures of each team.