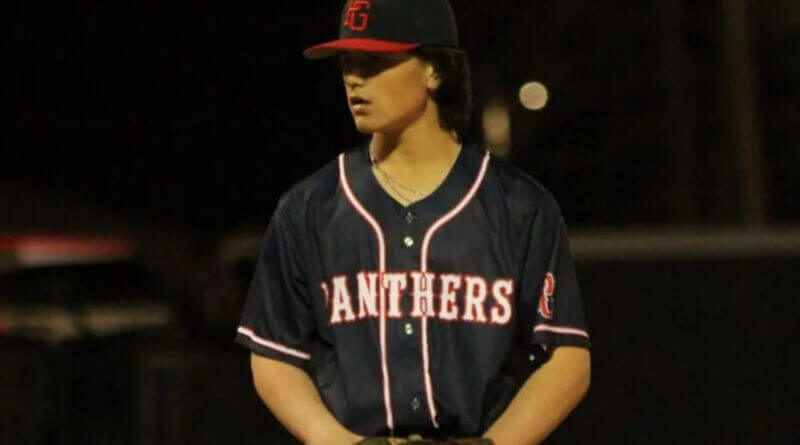 Walnut took an early 3-1 lead on a 2-run double by Owen Hopper in the bottom of the second. Hopper was the starting pitcher for Walnut, but he suffered a cut to his throwing hand on a play at the plate in the first inning.

The injury ended his night on the mound and opened the door for the Panthers, who feasted on relief pitching.

Pine Grove put up seven runs in the top half of the third inning. Panthers starting pitcher Peyton Cornelius got the scoring started with a RBI on a fielder’s choice. That was followed by a bases loaded walk to Jacob King that tied the game at 3-3. A passed ball and an error on back to back plays put the Panthers on top for good at 5-3. Pine Grove added three more runs on a 2-run double by Carson Rowland and a RBI-single by Jacob Hopkins.

The Panthers put it out of reach in the next inning, plating six runs. After loading the bases on Walnut’s fourth pitcher of the night, King batted in another run followed by a second bases-loaded walk, but this time to Gabe Roberts.

Brice Lindley was hit by a pitch, scoring another run. Gehrig Shinall ended the Panthers scoring with an RBI-single to right field.

Cornelius took the win for the Panthers, striking out 4 in 4 innings. Carson Rowland threw a perfect inning in relief, striking out 3.

Drew Jackson had a triple for Walnut.