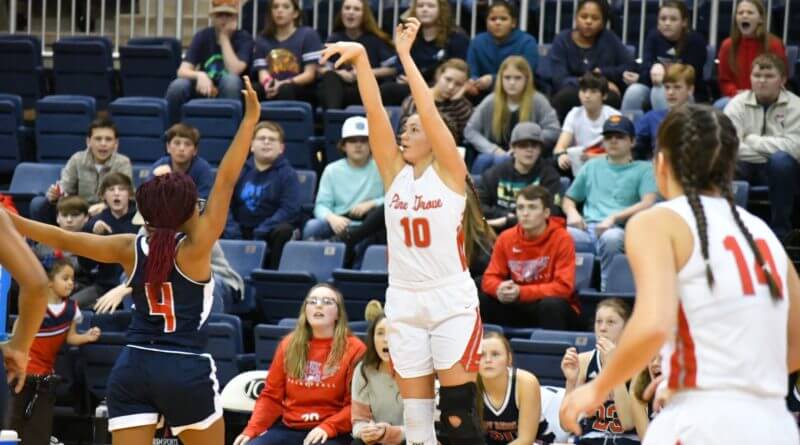 Pine Grove needed a spark in the worst possible way, tied early in the fourth quarter against a good opponent whose star player was having an all time performance.

Luckily for them, they have a professional igniter for a coach. And several players ready to catch fire at any minute.

The Lady Panthers used a big fourth quarter run to come away with a 56-42 win over Hickory Flat and punch their ticket back to the Big House in Jackson for the fourth straight year.

Bella Jumper hit a trio of three pointers in the final frame and the trio of Jumper, Karlie Rogers and Loren Elliott accounted for all but 7 of the Pine Grove points.

Elliott started the game matching R’Daztiny Harris, who scored 38 of her teams points in the losing effort, with the first 7 points of the contest.

Jumper and Rogers each ended the game with 14 points. Elliott led with 19.

The Lady Panthers head to Jackson to open the state tournament Monday morning.