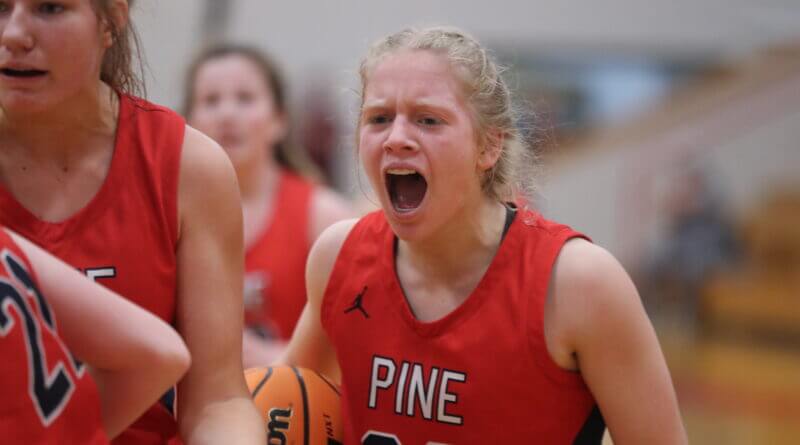 What do you get when you cross the state’s leading scorer, four players selected to the MAC Junior All Star Game and a pair of county rivals playing for their playoff life?

The Lady Panthers and Lady Wildcats provided just that on Tuesday night with Pine Grove coming away with a 58-51 victory to lock their spot in the 2A playoffs.

They say basketball is a game of runs, and the instant classic between the two Tippah rivals proved that to be true.

Walnut got a 14-0 run in the first half to build a commanding lead early, but the Lady Panthers just continued to chip away despite a slow start and was able to cut the Lady Cat lead to 8.

Most of the scoring in the third quarter was a showdown between MK Vuncannon for Walnut and the junior duo of Lana Rowland and Ellie Fryar, who combined for 20 points in the quarter.

The biggest shot of the 3rd, and perhaps the game, came from Sophmore Kenzie Mauney, who drilled a three pointer seconds before the buzzer to tie the game at 39 headed to the final frame.

The Lady Panthers connected on a pair of 3 pointers in the fourth quarter, one each from Selah Jumper and Rowland, and they connected on 7 of 9 free throws late to ice the game.

Pine Grove moved to 16-10 on the year. Ellie Fryar led Pine Grove with 22 points with Lana Rowland adding 18. MK Vuncannon led Walnut with 27. The Lady Cats ended their season at 13-12.

The Lady Panthers move on to face New Site on Thursday.