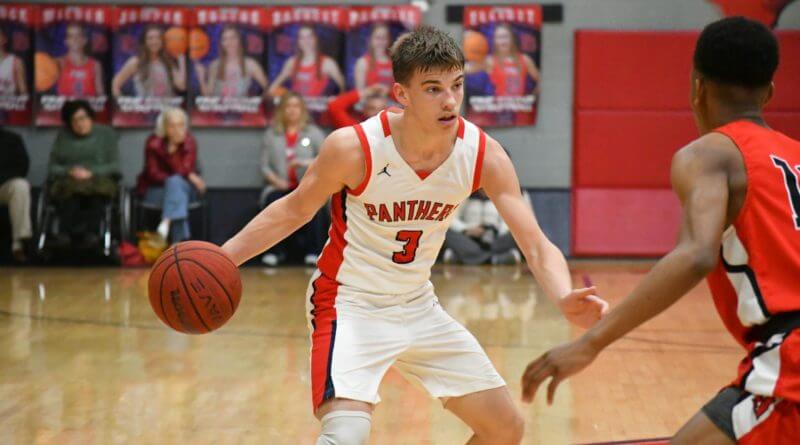 There are many factors that play in to the razor thin margin between victory and defeat. As Al Pacino said once, “life is a game of inches.”

Pine Grove took to the court willing to fight for those inches on Saturday night, the final home game on what has been and continues to be a magical season.

The Panthers took out the visiting Houlka Wildcats and the state’s leading scorer, Dashun Berry, by a score of 66-64. On to the third round, the “official” beginning of what is colloquially known as going to state. Baldwyn is the opponent at ICC next Thursday.

You could point to several individual performances that helped lead to the win. There was Carson Rowland putting up 27 points, 7 rebounds and 7 assists, including more than a handful of leave you with your mouth open highlight plays.

You could point to a bunch of individual plays. Jack Hudson nailing a three pointer in a tie game late. Or Keaton Wilkerson getting a big block on a driving Berry and the Panthers clinging to a lead. John Bullock burying a pair of late free throws that proved to be the difference in the game.

You could point to the play of the pair of seniors on this team, Mason Bullock and Cade Wilder, first cousins who got to play this lone year together and weren’t ready for it to end.

You could, deservedly so, point to the fantastic coaching job that head coach Jake Walker did tonight and has done this season. Or, even still, the support the Pine Grove faithful showed, willing their team to win.

But, one statistic stood out tonight, to me anyway.

Pine Grove hit the floor for loose balls 13 times on Saturday. Twice, it directly led to buckets, once on a diving steal and assist from Rowland to a cutting Wilder.

The Panthers, if nothing else over the course of this season, have proven they are willing to fight for everything they get.

Gritty, not pretty. Every inch of the way.