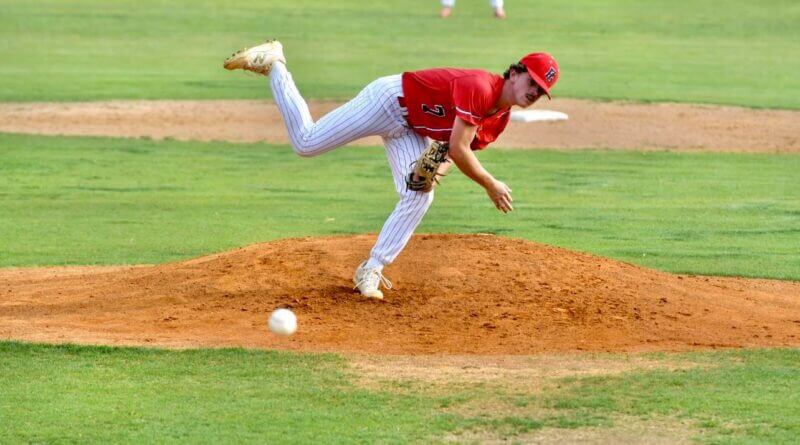 Pine Grove made quick work in their first found matchup against the visitors from Houlka. The Panthers outscored the visitors 30-0 in a pair of run rule victories to start their 1A playoff baseball run.

In game one of the doubleheader against Houlka, Cason Jones threw a no hitter with 10 strikeouts in four innings of work. The senior Holmes CC signee was one issued walk away from a perfect game bid.

The Panthers didn’t wait long to get it going with the bats as they put up twelve runs in the bottom of the first inning. Seven of the twelve runs came off the hands of Carson Rowland and Brice Lindley.

Rowland’s two at bats resulted in four runs scored, with a two RBI double and another two RBI single later in the inning. Lindley got three of his four RBI in the game, with a pair of basehits. Pine Grove scored two more runs in the bottom of the third to take game one 14-0.

Cooper Rinehard and DJ Smith each had multiple hits in game one while Jacob King added a Pair of RBI.

The Panthers took game two 16-0 in three innings of play withPeyton Cornelius getting the start on the mound, striking out four Wildcat batters in just two innings.

The Panthers scored 13 of their 16 runs in the bottom of the second. With the biggest hit coming from Hopkins, a triple resulting in three RBI’s.

Rinehart would lead at the plate with three hits including a double. John Bullock also added a double for the Panthers.

The Panthers move on to round 2 and will play West Union, with game one at home Thursday.