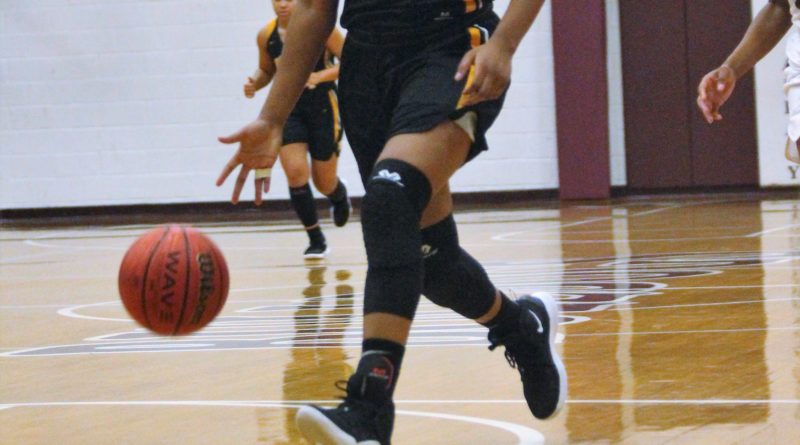 Jackson scored six in a row to give the Lady Tigers an 18-6 lead, early in the second quarter. Hatch scored five points in a Ripley 13-4 run to close the half with a 31-10 lead.

In the third, Jackson kept up her pace with a 15-point quarter. She connected on four consecutive baskets to give the Lady Tigers their biggest lead of the night at 51-21.

Following the game, Ripley coach Steve Willey praised his team’s defensive effort, which he said is a work-in-progress, along with their offensive efficiency.

“We’ve been concentrating a lot on switching everytime someone crosses our face. We did a really good job of that and switching on screens, even if it’s a big on a little,” said Willey. “I thought our offense kicked it in, and we got some open shots and that opens up the inside. They (New Albany) went to a zone in the third quarter, and I think they forgot about No. 21 (Jackson’s number).”

Willey also talked about the energy of Hatch, the Lady Tigers point guard, who he says is “the straw, who stirs the drink.”

“It doesn’t matter if she is making shots or making passes, she loves to do both,” he said. “And her defense has gotten so much better. She’s becoming one of our better defenders. She’s improving the whole aspect of her game.”

Earlier in the week the Lady Tigers got 30 points from Jackson, 12 from Hatch and 12 from Moe Daniel to win 63-35 over Ashland.