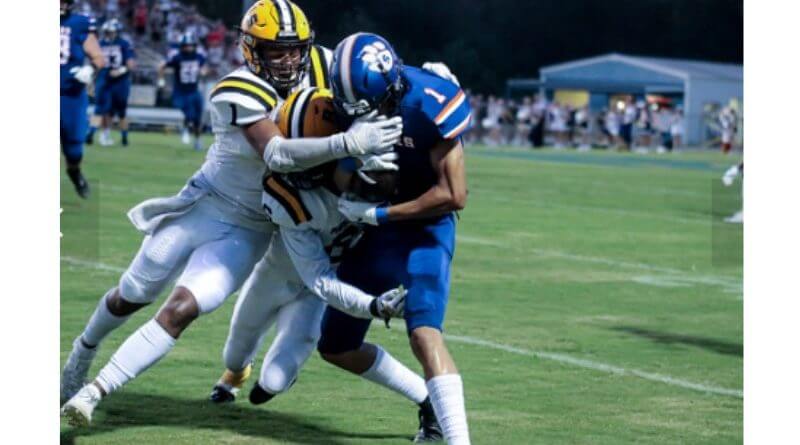 Ripley couldn’t get much going in the first half as a defensive struggle broke out, with the two teams combining for just 107 total first half yards and a 3-0 Saltillo lead.

The Ripley defensive intensity kept up in the second half. And the offense came alive for a pair of big runs to give the Tigers a 14-3 victory, the first under head coach Perry Liles.

“Our defense carried us a little tonight. They set the tone and I am proud of the effort they gave,” Liles said of his team after the win.

Ripley set the pace in the second half with a big play from senior playmaker Sentavius Hunt, who broke free for a 33 yard sprint to give the Tigers a 7-3 lead.

The Tiger defense held Saltillo to just 176 yards in the contest and blanked them in the second half, highlighted by a Hunt interception to seal the game late in the fourth quarter.

The Hunt interception came after a 32 yard touchdown jaunt from junior Immanuel Griffin to increase the Ripley lead.

“I think our athletes in the backfield got free in the second half and our line got some good push to open some space. Hopefully we improve from here as they get more used to our system,” Coach Liles said of his teams offensive performance.

Ripley moves to 1-1 on the season. They open up home play Friday against Amory. Check out more game pictures from Cathy Pollock here–>>https://cpphotography0125.smugmug.com/