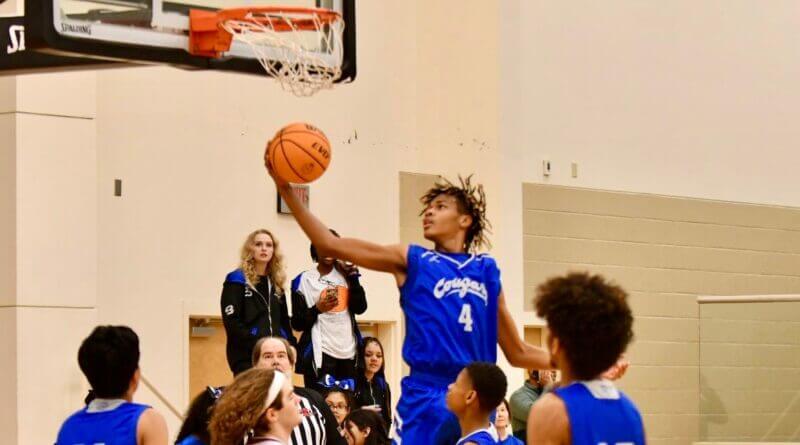 Blue Mountain found themselves down after three quarters.

The Cougars were down, but they were not out.

Trailing 46-34 going in to the final quarter, Blue Mountain rallied and kept coming up with big play after big play, outscoring Hickory flat 26-14 to force overtime.

As if one overtime wasn’t enough, the Rebels and Cougars fought it out into a second overtime for good measure.

Ultimately, Blue Mountain came out on top 77-71 to ensure themselves a home playoff game and give them a chance to play for the district title.

The Cougars will take on HW Byers for the Region Crown at 8:30 on Friday at the Ripley Event Center.