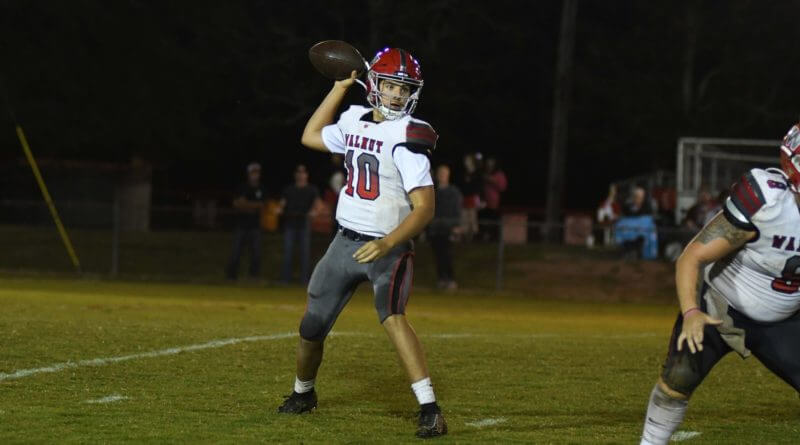 The Walnut Wildcats are in an enviable position when it comes to the 2020 football playoffs.

They can lock up a first round home game and the #2 seed in district 1-2A with a win at home on Friday night.

The Wildcats take on the Mantachie Mustangs in a game with a solid prize at stake, as both teams come in with a 2-1 district record. Winner is back at home next week for the playoffs while the loser goes on the road.

Walnut comes in with the #1 scoring offense in 2A football this season, averaging over 44 points per game. The Mustangs have allowed the least amount of points in district 1-2A at just 84 on the season.

The Wildcats potent offensive attack is led by TJ Colom, who comes in to the contest at or near the state leaderboard in multiple categories. Senior QB Cade Hunt has thrown for nearly 1000 yards and 12 touchdowns on the year.

Walnut will have a lot of energy in the stadium on Friday as it is Senior night. They will also be recognizing the 2020 volleyball state champion Lady Wildcats at halftime. Add those factors to the big game and they Wildcats should come out pumped more so than usual.

Kickoff is set for 7 pm from Walnut.