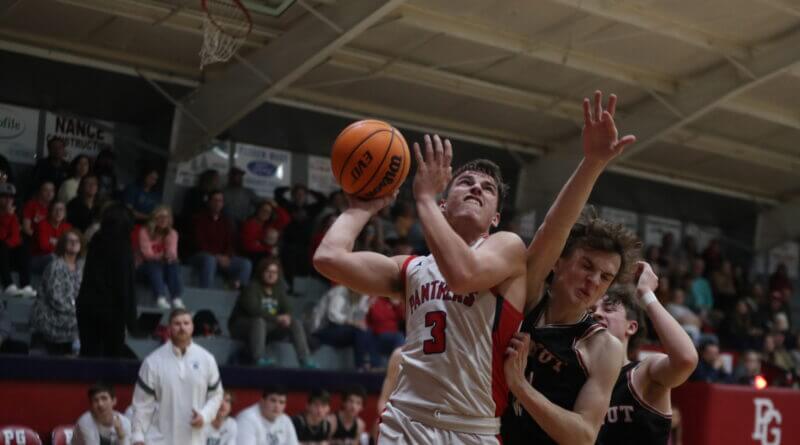 Pine Grove knows they have an opportunity to make a run in the 2A playoffs this season. The popular Mississippi basketball blog Magnolia Hoops even has the Panthers making it all the way to the state championship game.

It all starts this week at the Region Tournament.

The Panthers take on the winner of the New Site/Belmont boys game at 8:30 on Thursday. If they take care of business there, they get a much anticipated rematch against Baldwyn, this time on a neutral court at Belmont.

For Pine Grove, it’s one game at a time with an eye towards creating an opportunity.

Pine Grove has won 7 straight contests by an average margin of 24 points to close out the season. That follows a stretch where they lost 5 in a row that was culminated in a 51-42 overtime loss to Baldwyn. The Panthers haven’t lost since, but the sting of that loss and the potential for redemption with a region title on the line is plenty of motivation to get the job done when it matters most.

The Panthers bring plenty of firepower in to the 2A playoffs, with Carson Rowland leading the way with 20 points/5 rebounds/5 assists per game. Rowland leads 2A in points scored and assists this season according to Maxpreps. Jack Hudson is also scoring in double digits while Hayden Holcomb, Jamas Cox and Keaton Wilkerson have all led the Panthers in scoring at least one game this season.

The Panthers are peaking at the right time late in the season and are guaranteed at least three more games.

They have put themselves in a postion for an opportunity. It’s up to them to seize on it.